My, what a nightmare of a travel south. I set out with six of my children to Albuquerque for a speech and debate tournament only to break down in Trinidad. Let me tell you the story, but share with you the joy of the adventure. 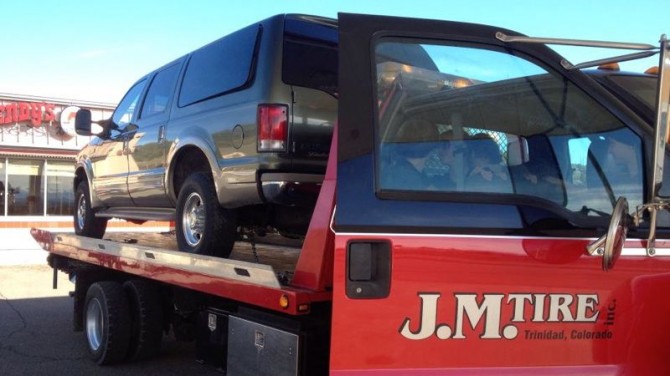 We were making good time when we pulled into a gas station in Trinidad. We didn’t need to fill up, just switch drivers and buy some sunflower seeds. When we returned to the car, it would not fire up.

Short of it: our fuel pump went out. Wouldn’t be fixed till the next day. Quite a few bennies sunk to get it fixed plus rent a car to get to the tournament.

Seems pretty gloomy, doesn’t it? Despite the bad news, we had a great time. The sequence of events were actually filled with little blessings. Let me count the ways:

The long of it doesn’t sound nearly as bad as the short of it, don’t you think?

Thank you for your prayers, Facebook Friends, and your encouragement. Another speech and debate parent from Washington posted this quote that greatly encouraged me:

“An inconvenience is only an adventure wrongly considered.” G.K. Chesterton

That was definitely the case on Wednesday. Every turn of the day was met with good cheer and blessing. What a wonderful adventure our trip to Albuquerque turned out to be.

Question: Have you had misfortune hit you, only to have the misfortune turn into blessing?