We met the most interesting man on a hike in El Yunke National Forest in Puerto Rico: an 87-year-old cancer survivor of 17 years strong, climbing to the top of the highest point on the island. 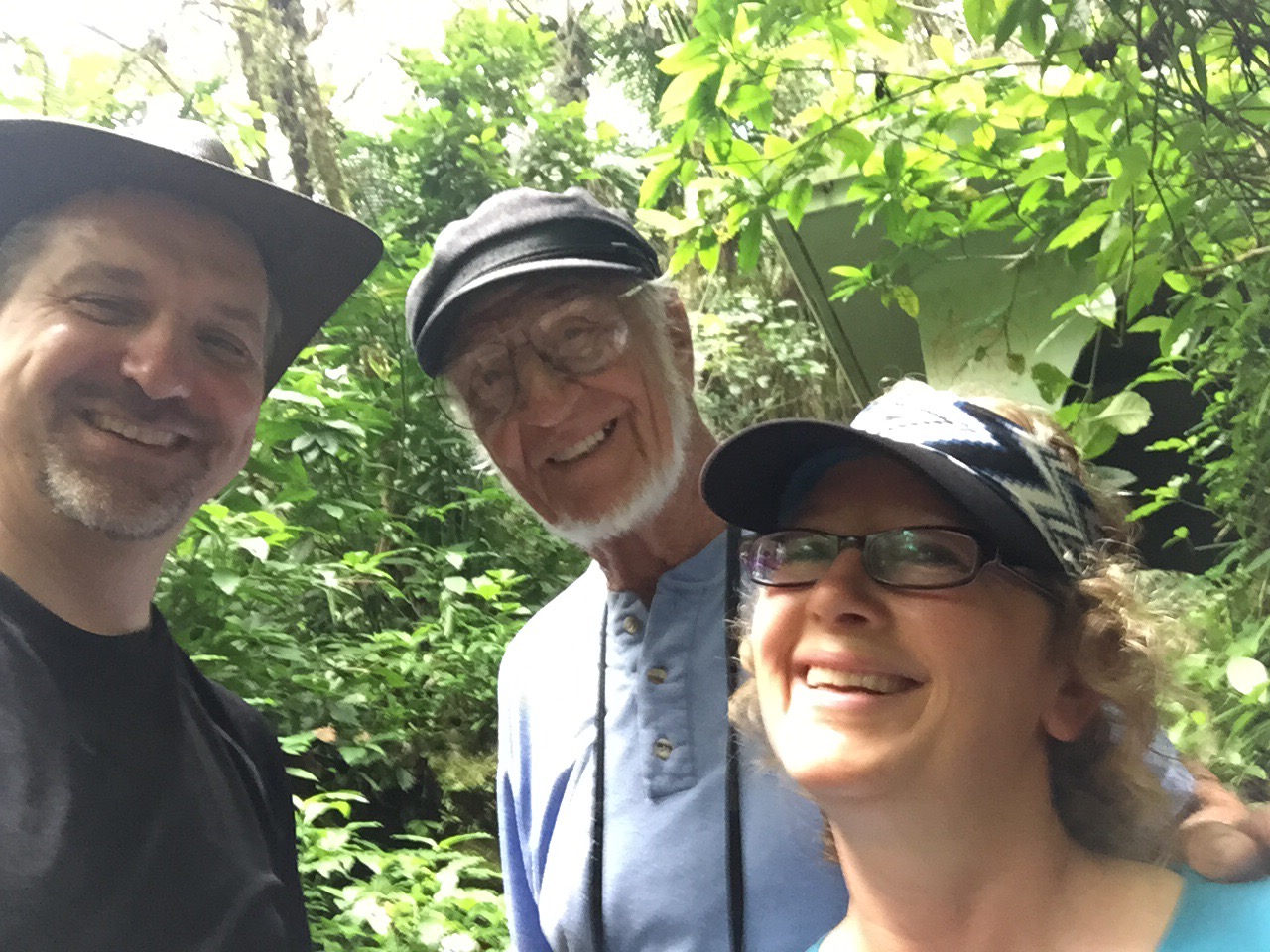 Yes, you read that right. We were on a strenuous hike to a watch tower overlooking the northern shore of the island. All three of us were huffing and puffing, but that didn’t seem to threaten this old man’s jubilance.

When resting, he spoke much of his love for life. He said something that made both Wendy and I pause. I even asked him to repeat what he said:

When I discovered my cancer at age 70, I thought it was a catastrophe. For a while, I figured I should just roll over and die. But I noticed how some people just refuse to let it ruin their lives, so I started to refuse, too. Just refuse! Cancer may be annoying, but it doesn’t need to be a catastrophe. Now 17 years later, I’m living life more fully than before I had cancer. In a way, cancer turned out to be the best thing for me!

Wendy and I were so thankful for this man’s testimony. Why? Because we were speaking of the exact same thing during our vacation. Here’s  what we have come to believe:

Catastrophe can ruin a life. But few things are as catastrophic as we believe them to be. Life mostly deals out annoyances, and all annoyances are manageable.

Allow me to explain a magic formula Wendy and I had been discussing. This is kind of a long post, but it may be just what you’re looking for, especially if you are dealing with catastrophe. Get ready to work a few miracles in your life.

Let’s start with a couple of definitions.

Here’s a somewhat harmless comparison: camping. Some refuse to camp because of its many annoyances. Mosquitoes bite, the tent gets too hot, you have to share the bathrooms, yada yada yada. The annoyances can get to you…if you allow it.

Sorry if you’re not a camper. I’m trying not to judge you, as I truly am sorry for you. You’re missing out.

Overcoming annoyances makes camping fun. We had a spectacular time camping on Isla Culebra, but it is not for those who turn annoyance into catastrophe.

How we wish people would not do this, but some are prone to turn life’s annoyances into catastrophe. Consider jobs,  relationships, or marriages. Think of the reasons people give for severing each of them: are they annoyances or catastrophes?

I know. You and I are probably guilty to confusing an annoyance with a catastrophe. Wendy and I are definitely committed to our marriage, but we would have given up long ago if we allowed annoyances to elevate to catastrophe, as we have seen other marriages fall apart for it.

Come to think of it, I can count on one hand the number of marriages that have been destroyed because of catastrophe. Infidelity, abuse, abandonment—these are biggies. But do you know what? Most marriages do not end for these reasons.

When you hear the reasons people give, they most typically are annoyed by their mate. They made their annoyances into catastrophes. Their marriage at some point became annoying, and they started to “roll over and die.”

Continue this meditation: We’ve all left jobs, severed relationships, given up opportunities because we found them annoying. Think of the excuses we give for each of these. We tend to elevate them to the point of catastrophe, sometimes even straw-manning others to justify our displeasure.

I don’t want to condemn you in this article. Or condemn others. That’s not my point here, as all of us are guilty of turning our annoyances into catastrophes at some point. I find much more interesting the magic that comes from going the other way: turning catastrphes into annoyances.

The Magic of Overcoming

Here are the magic words the old man said to Wendy and me:

Cancer may be annoying, but it doesn’t need to be a catastrophe.

I haven’t dealt with cancer, but I have dealt with betrayal, hate, family ruin, and other “catastrophes.” None of these are easy, and calling them “annoyances” seems to downplay the pain and heartache of their reality.

What “catastrophe” comes to mind for you? Is this really the last straw, the unmoveable mountain, the catastrophe that cannot be overcome? Rethink this—just as the man facing cancer—and put your life change into place.

Your pain may be annoying, but do not allow it to be catastrophic.

Now for the real magic: making your annoyances into those positive life changes. These can turn a curse into a blessing, “usually for the better.” For this old man, he allowed cancer to rejuvenate his life spirit.

Cancer. Of all things. For the mountain-moving faithful, even cancer can become life-giving.

In a way, cancer turned out to be the best thing for me.

This is the magic of moving mountains. Validated by an 87-year-old cancer survivor climbing El Yunke mountain in Puerto Rico.

I am reminded once again that anything is possible.