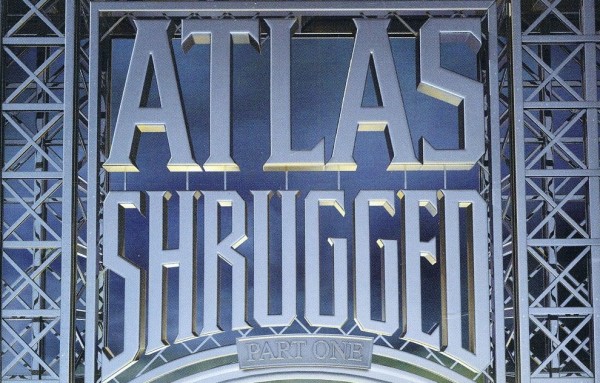 After having breakfast with an old friend of mine yesterday, he invited me to tag along with him at his work. He’s a movie reviewer. An early show was up in Denver and I was invited to go along with him and his coworker.

Go watch the first showing of a movie with a couple of movie reviewers? I have awesome friends and an awesome life. Anyhoo…

The movie was the second of a trilogy, Atlas Shrugged, based on the cult-classic 1957 novel by Ayn Rand. Read the review by Adam R. Holz or read up on the novel on Wikipedia to to give you background to the story. There is one theme that resonated with me: the struggle the main characters had with the overreaching power of government. The fictional movie (and ultimately the book) touches on a scary truth of the nature of governments that should give us pause:

The government is a competitor to private industry, and it thwarts creativity, the very thing that empowers a private sector.

Here’s the rundown. The main characters are industry tycoons who struggle to keep their businesses from being nationalized. Part of the mystery of the story is that the most creative in the world are disappearing. They typically leave a message that says they quit doing whatever, disconnecting socially and economically from a society that drains them more and more. They’re just “giving up.” One character notes, “The government takes what they want and they tax whatever is left.” Ultimately, what’s the point?

This resonates with me, and perhaps it does for you, too. I have traditionally done all I can to resist government influence in my personal and business life. This isn’t as obvious as you might think. Like most other businessmen and entrepreneurs, I keep this resistance close to my chest. It’s frustrating, but I plow through and make the best of it.

The reason I don’t talk about this too much is because most people don’t understand. It’s a battle that entrepreneurs fight, but most do not. I tend to think entrepreneurism is the best route to walk in life – creating what you were meant to create for the enjoyment of others – but a growing government is a competitor to that individuality.

Deep stuff, I know, but give this some thought. I’ll expand on this tomorrow, but I want to hear from you first. This is a deep concept that I’d like to explore with you.

Question: Do you feel like government HELPS or HINDERS your ability to create?