Christian friends are telling me Frozen is an evil movie. I saw it — I gave an honest effort to discover the devil in the details — but instead discovered a most profound truth embedded in Disney’s story, one that every Christian can (or should) identify with. 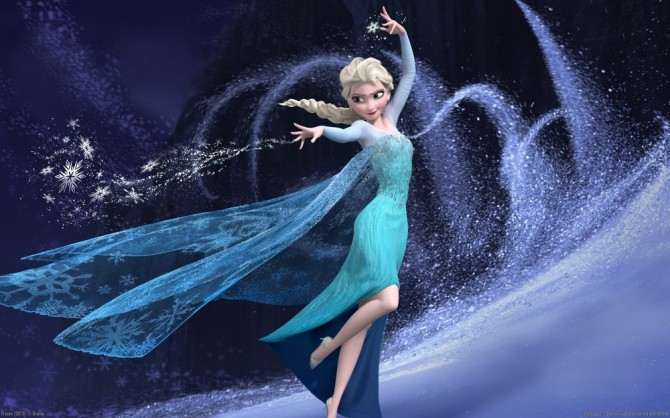 If you are one of the few who haven’t seen Frozen yet, I promise not to spoil things. The story is about Elsa and Anna, sisters in a royal family. When the older sister, Elsa, is discovered to have a magical power that has the possibility of harming her younger sister, Elsa withdraws from the possibility of harming her. Later, when the sisters rise to power, Elsa’s power is discovered, and the villagers drive her into isolation.

What child in the entire world isn’t singing along to Disney’s Frozen “Let It Go”? Ever since my kids saw the movie, this has been their favorite tune. Catchy, and the movie was good, but there is something deep about this song that I’ve not been able to shake.

It is in Elsa’s retreat to isolation that she revels in the coldness of “letting it go.” She’s free from the judgment of the villagers. Previously, Elsa was forced to conceal her powers, now known as a gift, feeling the obligation to her sister and ultimately her kingdom from harm. Elsa wasn’t able to be herself until she was by herself, alone in the mountains, to be free from those who feared her and liberated from the oppressive, judgmental world who didn’t understand her.

The snow glows white on the mountain tonight,
not a footprint to be seen.
A kingdom of isolation and it looks like I’m the queen.
The wind is howling like this swirling storm inside.
Couldn’t keep it in, Heaven knows I tried.
Don’t let them in, don’t let them see.
Be the good girl you always have to be.
Conceal, don’t feel, don’t let them know.
Well, now they know!

I so get this conflict, don’t you? If you don’t get it, perhaps you haven’t yet discovered why you exist in this world. I have found the cruelest judgment come my way when I’m in the groove of my gifting.

To put it another way: when I’m doing precisely what God is calling me to do in this life, the most vicious attacks are hurled at me. That’s the devilish detail in the movie. I see this time and time again among Christians.

I deal with young people (see Training Minds Ministry), extremely talented ones at that. I see them put their most gifted talents out in front of the world to see, and they often get attacked from those whom should be their most avid supporters. It’s a shame to watch. These young people sometimes rebel by lashing out or diving into harmful behavior, their way of “letting it go.”

I get choked up when I sing along with my kids. You know why? Because the cold DID bother Elsa, it bothers young people, and it bothers me too.

I think of all the conflict in people’s lives, my heart aches included. I have my share of estranged relationships, and for whatever reason, they are cold and empty voids in my life. I sometimes say to myself, “to hell with them,” thinking I’m letting go of conflict that I can’t change, but the coldness doesn’t help. This is not the way to live, separated from your loved ones and bitter toward the world. I totally get Elsa’s fear, but all the freedom in the world to let loose with your powers means nothing without the love of family.

It’s funny how some distance,
makes everything seem small.
And the fears that once controlled me, can’t get to me at all
It’s time to see what I can do,
to test the limits and break through.
No right, no wrong, no rules for me.
I’m free!

No, this is not freedom. As the story unfolds, Elsa discovers that her powers bring her nothing but misery without the love of her sister, Anna, and her responsibility to her kingdom.

The cold does bother Elsa. Her isolation is not liberation. Her letting go turns out to be her prison.

I so relate to Elsa. I have gifts that I believe are “magical,” just like you do. But you and I have been unfairly judged. Our gifts don’t mesh with what others expect of us, some of our closest friends and family have become envious or jealous, and we sometimes aren’t welcome in communities that we know should welcome us most, but they’re so wrapped up in their own fears and insecurities that they refuse to accept us as who we are meant to be.

Frozen‘s song may glamorize the temptation to run, but it turns out to be a dark sin that brings a mess to the Kingdom. When I watched the movie, I came to realize that the cold DOES bother me. I cannot just let go. I have my demons in my life, and until I deal with them, I will not be able to ever let it go.

I believe this is a universal theme that Christians deal with. Or, at least, they should be dealing with it. If they aren’t, they may not be using the gifts God has given them, they’ve retreated to safe, isolated environments, and the Kingdom is colder because of it.

We all have our cold stories. We need to bravely face them, painful as they may be. Reach out to that loved one and make things right. Through that kind of resolution, then you’ll be able to finally “let it go.”