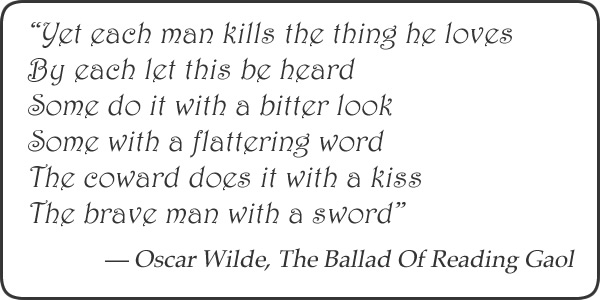 I have a friend who, after going out on his own, is being undermined by people with which he used to work. He didn’t become a competitor, just started his own business, and his former associates are reeling up some ridiculous “corporate conflict” charges against him. It’s a sad situation.

I’m hoping things work out, but I’m afraid it’s getting worse. He’s a good guy who doesn’t deserve the messiness of betrayal.

Betrayal is sneaky, and it does – pardon the cliché – feel like a knife in the back. They’re lonely and unfair, but simply taking it isn’t the only option. There are some wise precautions to take when people with harmful intent are waiting to pounce. I’m advising my friend with the following:

He’s going to pull through. I just know it. And he’ll be a better person with more determination to do a great job at the work he does. Hang in there, buddy!

Musicians play for their fans. Those who play for record companies and sales betray their fans. – Chris Jeub [Tweet this.]

Question: Have you dealt with betrayal? How did you manage it?