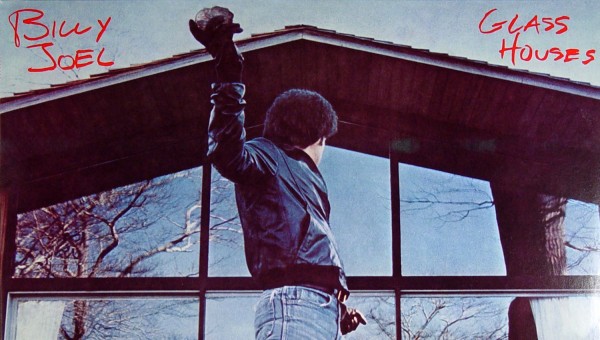 To get ahead in life, do you need to be a little crooked? As Billy Joel sings,

This song is Billy Joel talking a good Catholic girl into bed with him (gee, how did I miss those lyrics when I was growing up?). What about business? There is the temptation to fudge the numbers, mark something up unfairly, swap the good deed for the bad one. The little Billy Joel on your shoulder tempts you that that’s where the fun is.

The older I get the more I realize how incredibly important integrity is. I was more sly when I was younger. The further I get from my stupid teenage years – those years when I could tell the craftiest of lies – the harder it is to tell the whitest of lies. I try to walk the line the best I can, and sometimes that’s tough.

Perhaps it’s because I’ve been cheated before. I’ve been left high and dry from people who should have had my back. I’ve had contracts swapped from under me from people who thought that got them ahead a few inches. I’ve been at the end of a grueling project, only to have the client make up some phony-balogna excuse for knocking my pay down.

Has this ever happened to you? I hope you learned from it. There are only two responses, a right response and a wrong response.

The Wrong Response: Join them in their game.

I’ve worked with business people who have considered bad business as just “the way things are done.” I used to give them time, but today I steer clear of these people. I’ve found myself in a business relationships with (how should I say this kindly?) jerks. When I discover dishonesty – even if not directed toward me – I make it a priority to get out of the relationship. I can share you some juicy stories. In fact, I may just do that in later posts!

Point is, don’t join them in their game. The Billy-Joel sinners may seem like they “have lots more fun,” but they alienate the good people in their lives. They end up surrounded by other sinners. They live knotted up lives a bit paranoid and without good, deep friendships. I don’t envy the people who lack integrity, and neither should you.

The Right Response: Vow toward integrity.

Play straight. Let your yes mean yes and your no mean no. When a white lie temptation comes crawling across your floor, enjoy stomping it out. It’ll keep you focused.

You know what will happen? You will find yourself surrounded by associates of the best integrity. That’s where I am right now. My greatest comrades are ones that would never compromise the good for the bad. I’ve got a handful of business friends who I’d put my house up for them if they asked. Those are the kinds of buddies you want to do business with.

That Billy Joel is just plain wrong. I’d much rather surround myself with saints than sinners. I don’t believe the sinner’s laughter is real joy, and they really aren’t having fun.