[callout]I reference this article in the Training Minds Podcast on evidence ethics. To listen, visit www.trainingminds.org/episode27.[/callout]

I get a common question from skeptical parents: Won’t debate teach my child how to lie? I’d like to answer this question by referring to a story of years ago when I was caught in a lie. I learned something incredibly valuable — not just for debate training, but for life, too. 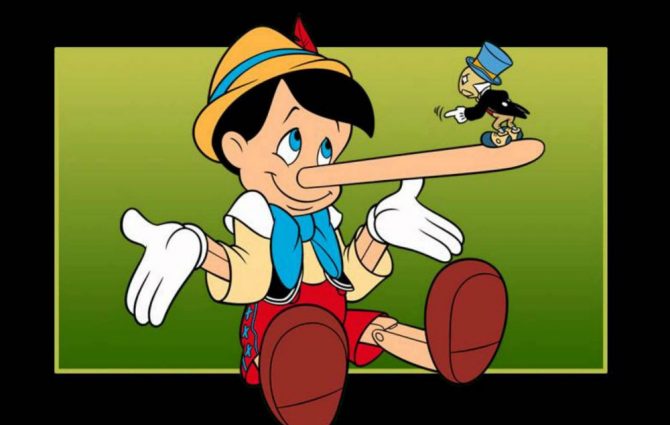 I sat in my boss’s office trying to explain my side of an uncomfortable situation. I thought I was being persuasive. In the end, my boss folded his hands on his desk, looked straight into my eyes, and said, “Either you’re stupid, or you’re lying.”

I can’t remember what the meeting was about — it had something to do with an inner-office conflict — but I certainly remember how awkward a position my boss put me in. Stupidity or deception? I didn’t like either choice. My mind raced trying to figure another choice, even accusing my boss of failing to understand my side of the conflict.

But the challenge had an impact on me that I have never since forgotten. His question is one I ask often:

Have you ever been challenged in this way? How did you answer? Debaters tend to learn the best answer, and it is an answer that (we hope!) stays with them throughout their lives.

As they say, there is no shortage of stupidity in this world. Debaters learn to call it out. Not only in others, but in themselves.

If we are honest with ourselves, we all have found comfort in compromising situations where we acted foolishly. We shouldn’t, we kick ourselves afterwards, we feel dumb when we do — ultimately, we failed to think.

Training Minds Ministry tries to emphasize thinking first. Monument Publishing’s tag line is “think, speak and persuade” — and I often follow with “in that order!” My coaches and I don’t want kids to deceptively cut evidence or use indicting sources just to prove a point. Debaters quickly learn that such sloppy argumentation is weak debating that lose rounds and tournaments.

Debaters must insist on the truth, and it is most disgraceful (sometimes a disqualifying offense) when they don’t.

I believe stupidity is easily forgivable. Debaters can make mistakes or unintentionally misrepresent facts, and part of the game is tightening up cases and evidence in order to be more persuasive. And grace is a most useful conduit in relationships as well. When dealing with friends, family members, work associates, customers — whomever you come into contact with — granting them some slack for making foolish decisions is extremely valuable.

Cut yourself some slack, too, and quit being a legalist or perfectionist. Everyone appreciates gracious debaters, and I hope I’m appreciated as a gracious person, with others and with myself.

Our 21st century culture is more keen on sugar coating the sin of lying. White lies, stretching the truth, fudging the facts, etc. — they’re all wrong, even if you think you’re not hurting anyone.

We like to think the only category of lying is “bearing false witness” — one of the 10 Commandments — a lie that intentionally tries to defame or bring harm to another. Those kinds of liars exist, yes, and they are vile, harmful people. But you and I can still be caught up in deceptive lies we tell ourselves.

Think of the narrative of your life: the frustrating relationships you’re in, the enemies you have, the uncomfortable situations you often find yourself in.

Debaters sometimes find themselves in adjudication rooms being disciplined for fabricating evidence — and some of them learn the hard way the damage their lying causes. Outside academic debate, none of us are out of the ordinary; everyone has issues and problems, that’s life. But are you playing a fool? Or are you deceiving yourself or others to prop up your own fabricated tale?

Identifying and choosing one or the other has served me very well over the years. And for me, the bigger game-changer has been admitting to lies. It has brought much more freedom, reconciliation, and love into my life than any denial.

A liar may think his narrative is necessary for his own good, but lies are his bondage.
The truth is the only thing that will set him free.

Back to that uncomfortable situation with my boss: I knew I was being challenged. Again, I can’t remember the conflict, but I remember the lesson I learned. And I remember the fear I felt when I let the words fall out of my mouth following the convicting question: “Yes, sir. I’m lying.”

I suspected my job was on the line, but I felt I had to fess up and admit that I had twisted the story to my favor, and that wasn’t fair to either my boss or my work associate whom I had the conflict with.

I didn’t lose my job. In fact, I remember my boss breathing a sigh of relief. I suppose he just wanted to solve his inner-office conflict so he could get his (sometimes “stupid”) employees back to work. Who knows how it would have turned out, but I very well could have lost my job if I stuck with the fabrication and chose stupidity over lying as my narrative.

“Lying” is difficult to admit. It exposes a weakness in character and — just as my boss did — will put you in a hot seat of judgment. I suppose we all deal with legalists who consider admission to lying a carnal sin. To tell you the truth, I am suspicious of those who are unforgiving of others caught in a fabrication.

Debate doesn’t teach you how to lie. It teaches you how to tell the truth. More than that, it shows how the stronger argument is the one where the truth exists. Though it is sometimes difficult to navigate, debaters learn to admit their lies and embrace the truth.

Come to think of it, admitting lies is the only smart thing to do.