I must weigh into all the talk lately about government assistance. As you probably know, the two presidential campaigns have been dueling it out with undercover videos. First was Mitt Romney [video] complaining about government assistance, and then Barack Obama [video] for admittedly believing in the socialist desire to redistribute wealth. I’ve been enjoying the responses because, frankly, they have been forcing both sides to articulate their socioeconomic philosophies. 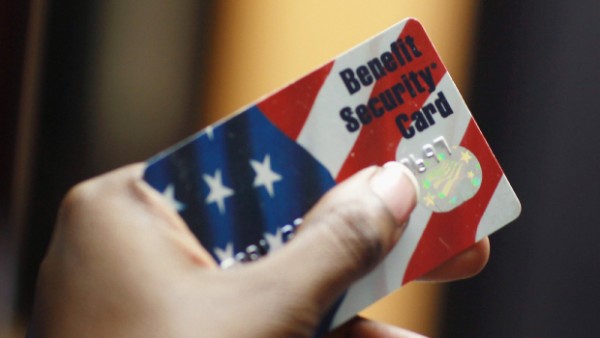 I feel qualified to talk on this subject. Wendy and I are not on government assistance, but we could probably qualify. See, my wife and I have 16 children, and though our income is middle-class, our dependents often drop us into poverty levels. Do you have any idea how much federal and state aid we could receive? We’re dream clients to a social worker.

Wendy and I have refused it for years, resisting the temptation even when money was tight. The reason I can’t help but speak on this topic is because I believe a culture that encourages government dependency directly leads to personal and economic depression. It appears helpful at first, but then it turns into a convenient dependency that thwarts an individual from fully applying his or her skills. It drains people of the value they could be pumping into the world. Ultimately, government assistance sucks the life out of people.  Allow me to share with you a conversation Wendy and I had not too long ago. It explains a lot about misconceptions of poverty and government assistance. It’s a challenging view, no doubt, and it may challenge you a bit. But you know what? I believe it gives hope to those who think they need to be dependent on the government, and it will ultimately lead to financial freedom.

Those Large Families on Welfare

The stereotypical large family is on welfare. At least that’s what some people believe. I’ve heard people rant about “those large families out there.” They don’t personally know these families, but they “remember” one from a distant relation.

Wendy and I were in the middle of a conversation like this not too long ago. We were in a car full of people being transported to an airport, and the conversation of our large family brewed up. One gentleman remembered a family of eight children several years prior in a former church of his (he didn’t know this family personally). He recalled that the mother had children just to increase her welfare payments, and though she boasted of children blessing her, she lived in extreme poverty. The person ranting was curious if we – with 16 children – lived off government.

Wendy answered truthfully, “No, we don’t live off welfare or any government assistance. We refuse to do so even when times are tight.”

Our answer didn’t stop this person’s ranting. He continued to complain about this other family. “They are definitely different than you, Chris and Wendy. It concerns me when people have children just to get government money. It’s good that you refuse to take money; it shows that you truly believe in your life choice.”

This man was trying to compliment us, but I was a bit irritated. I piped up. “We’re not on government assistance not because we want to justify the reason we live,” I said.

I wanted to make that clear. We don’t refuse government aid just because then we can post on our blog that we proudly refuse welfare and the like. We write a lot about financial freedom, but Wendy and I have never said we would never take government assistance.

We resist the option, but that’s because we don’t want it. We’ve had rough times in our middle-class life that could have been labeled as “impoverished” (according to the government’s numbers). Even when times were tight, we did not feel the desire to submit to the government’s welfare system.

We can survive, Lord willing, on our own. Thank you very much, Uncle Sam, but we’ve got work to do.

Does that give you pause? Maybe I sound cruel, at least inconsiderate to those on welfare. But I’m not being crass; I honestly believe it sucks.

Government aid drains people of their dignity, robs them of their self-worth, and traps them in dependency. Literally, it sucks life out of you. Same with this family of 8 our friend spoke of. They could have been a family of two or twenty kids, it didn’t matter. Government assistance was the problem, not the size of their family.

Government assistance drains families of their dignity, robs them of their self-worth, and traps them in dependency. [Tweet this]

That changed the direction of the conversation. It changed to a discussion of how fruitful a loving family full of children can be.

When love is in the house, another child is considered a blessing, not a drain. In our house, we are dependent on one another, not on an uncaring big-brother government. Personally, I think it is a disgrace that 1/2 of United States homes receive some sort of government assistance. It is not compassionate to keep people in welfare lines. The idea that this “helps” anyone is a fantasy. Instead of focusing on government assistance, our government policies should focus on lifting the economy, providing opportunity for those of us who want to engage, and letting the entire country prosper.

If you are on government assistance, do what you can to get off it. In fact, I’d enjoy helping you. This website is meant to provide tools and encouragement to be self-reliant, so subscribing is a good start. If you feel trapped in a financial pit, share your story in the comment section below. I believe your human ingenuity and God-given creativity can help you much more than a government handout ever could.

Question: Do you receive government assistance, or have you in the past? What is your story?