I have a thought I had wanted to share for some time now. It has to do with any kind of shocking story that hits us. And we all have stories. Drama hits and shakes anyone’s world at times. Here are a few doozies we’ve come across ourselves or have had friends experience: 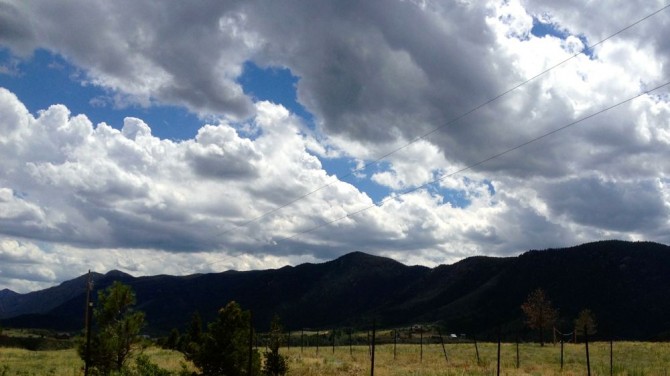 I bet you could come up with a bullet point of your own. My best advice — and what is turning out to be my only advice — is to hang in there. Grieve, weep, put one foot in front of another and just take the next step, whatever’s next, just do. Because…

A story is unfolding before you, you don’t know what the end is, but it will come around. Hang in there.

Does this resonate with you? I have walked through each of the bullet points above in the past. Let me share briefly how a devastating story that at its onset shook my world, but eventually came full circle to be a significant narrative with incredible power.

You may already know of Wendy and my story on Love in the House. It involved our oldest daughter, Alicia, and her stint of rebellion at 19. It shook our world, and the story unfolded on TLC in 2007 for the world to see and judge. The result was Love in the House, our book that explained our reconciliation with Alicia and with God — a transformation that put love at the center of our home. It was awesome, a great story in the end.

The book goes into the details (download it to your Kindle here, or order a hard copy here). Since its release in 2007, we have had numerous opportunities to speak into the lives of others who have gone through similar experiences. Parents spend a good portion of their lives raising their children the best they can only to lose them to self-destructive behavior. The experience is awful, but the journey is one that usually transforms the parents (sadly, sometimes the children don’t come around) and makes them stronger people.

It certainly made Wendy and me better parents. Our home is a better place to raise children ever since our Love in the House experience. The story at its onset shook our world, but eventually came full circle and changed our lives.

My son Micah won nationals with a speech on his experience sticking his finger in a table saw. It’s an hilarious stand-up routine he took 1st Place in the nation, Original Interpretation. In summary, he stuck his finger in a table saw and cost his parents $36,000. Yeah, funny, but not at the time. In fact, his table saw incident was the first of three medical traumas that hit us in six short months:

We’re not on state medical care and we don’t have insurance. We’re on a faith-based sharing group called Samaritan. We had paid Samaritan faithfully for 10 years, making small claims here and there, but these three bills were totally extending our welcome. We didn’t know how this story would unfold.

It turned out fabulous: 100% of our bills were covered. We became intimately involved with the billing process and pulled costs down where we could. We worked closely with Samaritan to tackle the reality of the medical expenses. In the end, all the bills were paid and we pulled through the worst year of financial worry in our lives.

Since then, we have encouraged so many friends to (1) bravely tackle their medical trauma, and (2) join Samaritan. Non-Samaritan members can and should still be involved with the medical expenses. Too many people leave it to their insurance companies (or worse, the federal government), but we say take ownership of it and be an advocate for your own good. And we have encouraged others — particularly self-employed people like me — to join Samaritan. Too many people wait till the bills are stacked sky-high to join, and their membership is understandably denied. (For more info on Samaritan, read this article.)

That’s the practical ending of the story. Micah’s award winning speech is much better. Here’s a short version of it: http://youtu.be/AG9DynFrVE0.

In 2004 I lost my job. It was a “forced resignation”: a fancy way to fire you without making yourself totally unmarketable elsewhere. In summary, my boss decided I was not the guy he wanted in his department, so he let me go.

I went through a short phase of anger and disillusionment. I considered fighting — I had a fairly good relationship with the president of the organization, and I felt like the firing was unjust and wrong. But after some thought, I decided to just walk away. I left and started looking for a job elsewhere.

Luckily for me, I already had a gig going: Training Minds Ministry. I had incorporated an LLC in 2001 and had been holding off applying for a 501(c)3 for the previous three years as I developed my career at my place of employment. As I was looking for a job (and coming up short), I made some significant restructuring moves to Training Minds, opened up Monument Publishing, and set up a business structure that eventually became the financial provision for my family. It still is today.

Arguably, this worked out for the better, but it sure shook me up at the onset. Today I’m a big advocate for turning a job loss into opportunity. I’ve become somewhat of a magnet of late, and this blog is a response to the growing number of people who are losing their jobs and on prolonged stints of unemployment. Going rogue and starting a business is often the only — perhaps best — alternative these days. In other words, the painful 2004 experience of being canned made Chris Jeub a big help to himself, his family, and others.

I finally feel released to share a story with you that I have never written about before. Our family went through a church split in 2006 that left us hanging in pain and frustration. It is the prelude to our Love in the House experience.

We attended a most perfect church, one that we dove headfirst into and grew more and more excited over. The leadership’s vision was solid, and I served on its leadership for its first foundational year. It was awesome, it grew quickly, and we were headed for big things.

In retrospect, I can see clearly now what the church was missing: love. At the time, Wendy and I, the leadership, and pretty much everyone in the church thought love was secondary to all sorts of other religious things. We didn’t hate each other, but we didn’t have a foundational understanding of love in the church.  There was an undercurrent of judgment and legalism that, eventually, led to a hostile split that excommunicated an elder and shoo’d half the families from its fellowship.

It was ugly. Hours and hours of meetings — heart wrenching, angry, unloving meetings — that eventually cast us out from the flock. Arguably, this was one of the most traumatic experiences of my life. But you know what? I wouldn’t trade it for anything.

I learned so much from the exodus. First, I learned how powerful judgment of others can be. Wendy and I asked ourselves about how our daughter, Alicia, felt about us, and it led to the Love in the House experience. Second, I learned how important love is. The remnant that left began a study of love — spiritual abuse, church splits, judgmentalism and legalism included. My spiritual life grew tenfold from the experience. Third, I have been able to counsel countless others who experienced the same thing. Unfortunately, I suspect most churches don’t build on a foundation of love, and there are so many good people who wonder from church to church either contributing or receiving spiritual abuse because of the lack of love.

This is a rich, rich story. I could go on an on, and I suspect this is just the beginning of my sharing it with you. Do you know why I have never written about this? Because I consciously refuse to write about unresolved conflict. We left this church in 2006, and just recently reconciled with the last adversary of the remaining church leadership. We were at viscous odds with each other eight years ago, but have had the most fruitful conversations over the phone in the past month (he now lives in another state).

Some say revenge is sweet. I don’t buy that line. I have never found pleasure in seeing others walk through the same pain as me, even to those people who inflict that pain on others. I want to learn and grow and love. Revenge is bitter and empty. Reconciliation, on the other hand, is the sweetest thing on the planet.

Do any of these four stories strike a chord with you? Maybe you can identify in some way to all of them. The story starts, and walking into Chapter 1 is the most rattling punch-in-the-nose. I have learned to “hang in there,” hold onto my faith and look forward to the next chapter. It typically brings better news than Chapter 1.

Eventually, a resolution comes around and a greater story unfolds. You are left a stronger, better person. That first experience brings blessing, not misery. In fact, I usually find the most profound stories come from the most devastating circumstances.

Thanks for hanging in there through this long blog post. Don’t let your reading go to waste: post a response below. I’d love to hear your story, and I bet others would, too.