I bought a Chromebook for my kids for Christmas. When it arrived two weeks ago, I couldn’t help myself. I secretly tested the Acer C7. This Chroambook is one of three models (the Samsung Series 3 and Samsung 550 being the other available models, more expensive) that have surprised the digital computing world with price points of only a couple hundred bucks. 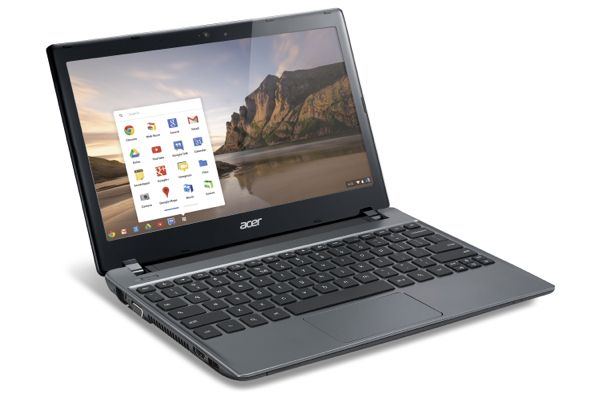 I’m enough of a techie nerd to know that when a giant like Google tries to get into the laptop market, it would definitely get interesting. So when I learned of it, I thought I’d give it a try. Let me quickly bring you up to speed with what the Chromebook is, what I liked about it, and the “one catch” you will have to consider before buying one yourself.

What the Chromebook Is

Think of a laptop computer with just an Internet browser. No Microsoft Word, no CD-based programs, no proprietary software to install. These are things most of us have needed in our work. You flip the computer open and you start browsing the web.

I know what you’re thinking: “I can’t live without my Microsoft.” The Chromebook makes you think again. It’s the proprietary laptop of Google. Google, of course you know, is the king of web-based applications, and Chrome is its browser (competitive with Internet Explorer, Safari and Firefox). If you master Google Apps, you wouldn’t need Microsoft (or any other) proprietary resources. Google Docs, Spreadsheets, Presentations, Calendar, Gmail, etc. are all the substitutes for the software-dependent workflow.

This is what Google did: they made their browser into an entire operating system. IE, Safari and Firefox are all programs loaded into other operating systems (Windows, MacOS). So, when you turn on your Chromebook, an entirely different system lays out in front of you. You are connected to the Internet world in a new way, which I’ll explore with you in a bit. First, out of the box…

What I Liked About Chromebook

When it comes to a laptop, I invest in top-of-the-line. I own a Macbook Air. It has given me the flexibility I need with just enough power to keep me productive and profitable. After all the upgrades I like, it’s a $2000 machine. A $200 comparison has my attention, but not high expectations. Right out of the box, I liked these features:

I’ve been in the Cloud for a couple years now. Of my self-employed friends, I was one of the first to slowly release myself from the personal server world to the Cloud. (If you don’t know what Cloud computing is, read Understanding the Cloud.) About 85% of my work time is done in the Cloud, resorting to only 15% in the proprietary world of harddrives and Microsoft.

I suspect it’s that 15% that Google is tempting me, and their two-hundred-dollar computer sure has me thinking. The Acer A7 is a fair comparison to my Macbook Air (the Samsung 550 is almost identical). But like any hardware, there were some peculiarities I needed to become accustomed, not quite sure which is a deficiency or simply me used to what I’m used to. I’m still undecided, but thought they should be listed:

Bottom line: these things are petty. To save $1800, I’d be willing to live without. For my kids and their schooling, 200 bucks for a laptop is a huge plus, and the cloud is something they’re more into than I am.

Here’s the catch: you must submit to the Google Cloud. In other words, you need to start migrating your data and your applications to the Google services that Google provides. While that may sound like a Google grab for power, it’s a grab that Microsoft and Apple have been attempting to make, too. The future is in the Cloud, just what cloud is the question.

That’s not a huge deal for me. Most of my work is already wrapped up in Gmail, Google Docs, Google Calendar, and all sorts of Google apps that I have learned to enjoy. For that 15% of work time that I’m not in Google Cloud, I’m already reconsidering the apps that I use to find cloud-based apps that do the same thing.

Like Google Play. As a Macbook man, I enjoy listening to iTunes, a program that comes with the Mac OS. It is not able to be downloaded onto the Chromebook, and my initial thought was, “Bummer.” But within 15 minutes I converted all my music to Google Play, the cloud-based music manager Google makes that – now that I switched – I found easier to use.

So the “catch” isn’t really a catch, it’s a realization: productivity isn’t about my laptop. It’s about the creative work that I’m able to produce with a device. If that is my laptop, great. If it’s my Chromebook, just as great. So…

As long as I can remain productive and free to prosper, the Chromebook is a great tool. [Tweet this.]

This may be a curveball that Apple is missing, or doing poorly. iCloud is not something to be giddy over. But, I digress. For now, the good work that I do and the demands of my self-employment, Chromebook is an excellent resource at a very low monetary entry point.

Oh yeah, come to think of it, I got this for my kids. That’s another story I plan to blog on my family website. For now, I believe Chromebook may be a part of my personal home business computer setup.