I’m very happy to announce the keynote speaker for the 2014 For Action Conference: James O’Keefe. He is an incredible example of what Training Minds Ministry means by “for action.” 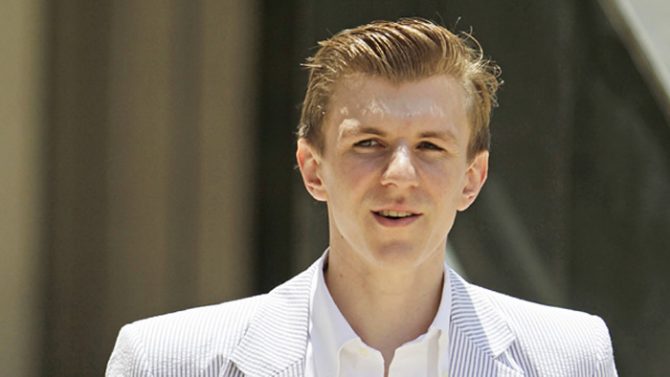 This announcement will upset some. I’ve argued with people who claimed O’Keefe as “too controversial” for the Christian ministry I run. He’s known for his unorthodox practice of strapping a camera to himself, walking into hotbeds of corruption, and posting what he finds on YouTube. In a sane world, his work would earn himself a Pulitzer.

But the world of media is changing, and the gatekeepers handing out the Pulitzer Prizes aren’t cool with it. James O’Keefe does not settle for a self-imposed journalistic code that says government officials or elitists should be protected. At just the age of 29, he holds to a very traditional (arguably more constitutional and American) view of journalism as a free press that holds power accountable to a natural code of ethics. He brings attention to corruption and doesn’t apologize for it. He’s not just hoping for change. He’s acting and insisting on it.

When I solicited James to come to the For Action Conference, he referred to himself as a “new journalist.” I get the term: bypassing the powers of the mainstream media, O’Keefe posts his work on YouTube and lets the political chips fall where they may. I consider this REAL journalism, an exposition of truth that I believe ordinary Americans are thirsty for. Consider some of the breaking news O’Keefe has uncovered in just five years of work…

There are many more projects in James’ resume, and he and his nonprofit of young journalists (called Project Veritas) are in process of doing more. O’Keefe wrote an autobiography released earlier this year, Breakthrough, a New York Times best seller (see Washington Times review here). I read it cover-to-cover and thoroughly enjoyed O’Keefe’s zealousness for exposing corruption and getting the truth to the world.

There are few people in the world whom I can think of who has intentionally “trained the mind for action” (1 Peter 1:13) like James O’Keefe. I sure hope you can join James — along with Josh Taylor, Andrew Pudewa, myself and others — for the For Action Conference in Colorado Springs. See you there!

P.S. If you are one of those who thinks a person like James O’Keefe shouldn’t be teaching young people what real “action” is in the world, watch his keynote to St. Marys University of Maryland below. I seriously think you should rethink your criticism of the likes of O’Keefe. The last 4 minutes amplifies the reason I’m doing the For Action Conference.