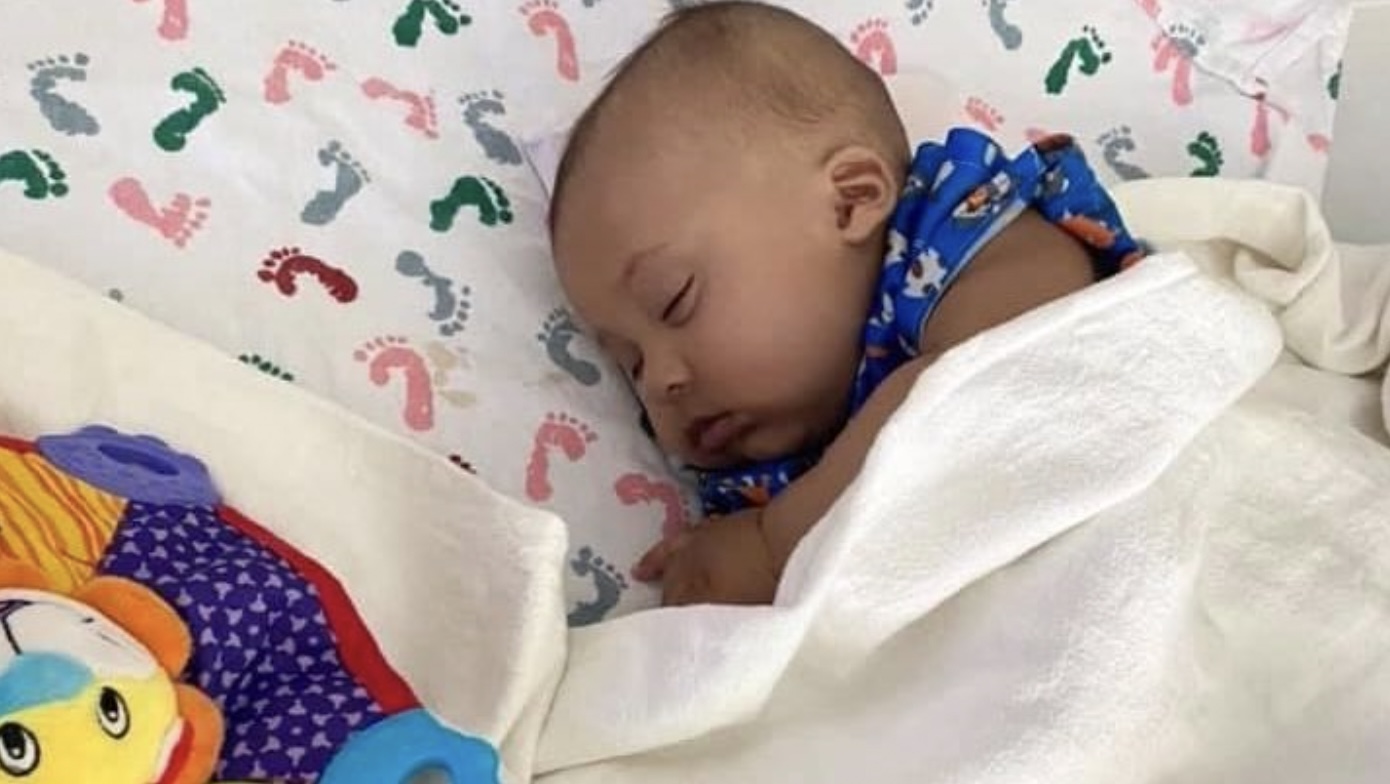 Caspian is our latest (11th) grandchild. The precious little guy is suffering from an infection on the exterior of his skull that has doctors puzzled. Would you care to donate to help his parents cover expenses related to the trauma?

The good news is that Caspian is out of the hospital and is home being carefully monitored. At the time of the GoFundMe campaign’s launch the threat of a six week hospital stay loomed, and the fear was originally a fractured skull with potential brain damage.

That changed with the initial MRI results showed just a strange infection. “Just” an infection. Still, many questions are unanswered. The doctors have allowed Chrissy and little Caspian home, but daily monitoring and nurse visits make this time just as tumulous and uncertain.

Noah has taken six weeks off work, an hourly position as an Amazon driver. They have estimated the financial cost to be roughly $2,500 (a modest estimation). So far over half that amount has been raised. Would you like to help Noah and Chrissy out?

All the proceeds go directly to Noah and Chrissy. Thank you!