Moses lead God’s people out of slavery, and he certainly was a complex bible hero (Ridley Scott met my expectations). I like to think I identify with Moses, but I don’t. Things for me tend to go more like the guy on the other end of the 400 years of slavery, Joseph. 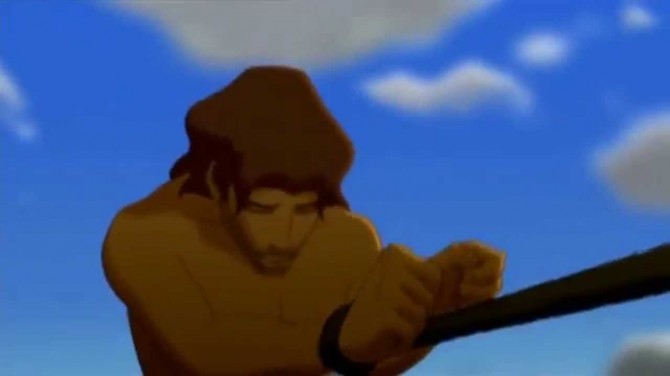 Moses had it easy, arguably easier than any bible hero. He grew up in the wealthiest and most privileged of households, adopted into the family of the Pharaoh of Egypt. He eventually is exiled, but gets a unique face-to-face with God that no one in the world experienced for hundreds of years. Yes, Moses had quite the task in front of him, but he was given a magic wand (well, a staff), plagues, natural disasters, and the ability to split seas. Moses’ circumstances seem to work in his favor.

Sure, the story concludes with him the most powerful guy in the world, but his circumstances before then were brutal (I’ll get to that in a little bit). The point I’m making now is this:

Misfortunes happen, circumstances that aren’t entirely our fault — betrayals and hate and false witness come our way. How we respond is where the restoration (or the demise) awaits us.

I believe God sympathizes with our circumstantial pain. But I’m learning a lot about how to resist feeding that pain. This is a unique power that Joseph had, and he showed us how to wield that power ourselves. Three characteristics of Joseph shows us how.

When bad things happened to the lives of many of the bible heroes, they did what most people do. They asked, “Why me?” Abraham questioned God when He was annihilating cities of sin. Jacob wrestled with God. Moses at first pushed back on God’s ability to free the Israelites. And so on. All these guys met their circumstances empowered by God’s answers.

But then there’s Joseph. He is set apart from the rest. No matter how bad the circumstances — unfounded, cruel, unjust — he never looked back and judged the circumstances in his life. Joseph, of all people, had every reason to be ticked at life. Consider:

Can you empathize with Joseph? I can. I try hard to love others, take punches when they come, and do that which God is calling me to do. I sometimes look up in prayer and ask God, “What gives? Why are you letting this happen to me?”

Joseph didn’t do this. There was an incredibly positive attitude about him. As his story goes, he seldom — if ever — dwelt in his unfortunate past. Joseph could have been wrapped up in the circumstances in his life, complaining about his injustices, how all that was happening wasn’t fair, was too much to bear, was total garbage in his life.

I do this from time to time, don’t you? I hesitate to call it sin, but perhaps it is. Yes, God sympathizes with our pain, but he also wants us to overcome our pain. Groveling in our misfortune doesn’t seem to produce the outcomes we hope, the results that are beneficial to our lives.

You and I need to overcome the circumstances in our lives, especially the unfair ones, just like Joseph did. By refusing to look in the past, he kept his present and future free from slavery, from being held hostage to events he had no control.

This is powerful, can make us better people, and help us contribute more in our short lives together. We have to stop looking back, but looking forward can be just as crippling.

Strange — I’ve read the story of Joseph’s time in prison, but never thought of how exemplary Joseph was, even in the darkest time of his journey.

The Cup Bearer and Chief Baker are like most people, perhaps more like you and me. We find ourselves in metaphorical prisons unable to break free. Or at least we think we can’t. We’re too wound up in the circumstances in our life that we refuse to wield the power that is more accessible than we think.

So the story goes like this. Pharaoh’s Cup Bearer and Chief Baker were imprisoned, and they each had dreams. They share their dreams with their fellow prisoners, and Joseph tells them what they mean: the Cup Bearer would be reinstated, the Baker would be killed. The interpretation comes true. Later the Cup Bearer tells Pharaoh of Joseph’s “power,” which results in Joseph’s change from misfortune to wielding the greatest power in the world at that time.

When I read this story again for the umpteenth time, Genesis 40:8 leaped out from the page and slapped me with a revelation. Joseph reveals a bit of this secret “power”:

Then Joseph said to them, “Do not interpretations belong to God? Tell me your dreams.” (Genesis 40:8, emphasis added)

Interpretations belong to God. In other words, looking forward doesn’t help any. When life deals us dysfunction, betrayal and imprisonment — we all have our stories, just like the Cub Bearer, Chief Baker and Joseph — the power over them isn’t in our hand-wringing worry of how it will all turn out.

Keep the interpretation set apart, don’t get wrapped up in trying to understand it, just roll with it and be who God created you to be.

This is how I’m overcoming the greatest challenges of my life. I need this power of Joseph’s, the ability to overcome my circumstances and rise above the injustice of my life. It has been a daily battle to deny the lies, the circumstances outside my control, accept the story of my life as it unfolds, and continue to live the life — messy as it is — that God has given me.

Messy, unjust, cruel, unfair.
Those are choice words, and not many are blaming me for choosing them right now.
But I suspect I’m interpreting this incorrectly.

Here’s some more of Joseph’s hero power: He didn’t seem to care about the interpretation. He left that that up to God. Instead, he lived in the moment, which is the last characteristic that made him so great.

Herein lies the dream bigger than you and me. At least that’s what I’ve been discovering lately.

The past is the past, and I need to stop groveling in it. The interpretation of the future belongs to God. The temptation to return to the past or get wrapped up in what is to come is great, but it will lead to demise. Joseph’s life was a lot worse than mine will probably ever be. It was horrific, so unjust. If I were him, I would have shot quite a few doubts up to heaven.

Is your life horrific and unjust? God may not see it that way.

The “don’t judge” mandate of the New Testament is usually attributed to our judgment of people. What about our judgement of God? Isn’t this what we do when we doubt our circumstances, or judge them as horrific or unjust? Despite our best efforts, we are still ridiculed, attacked, kicked around by life. Worse, by people, sometimes people you would expect loyalty and love. Why does he allow these things to happen?

When Jesus stood in the Garden of Gethsemane, he asked God to free him. “Stop this, God. Please take this cup from me.” But Jesus had what Joseph had. The circumstantial interpretation was up to the Father. Jesus was totally focused on the moment, a divine story line, walking the walk. “Your will, not mine, be done.”

“I may not like how my life story is turning out. But I’ll leave that interpretation up to you, God. I’m surrendering to the here and now. Use me for your story.”

I suppose you can say this is “living the dream.”

The hope I have — or perhaps the disposition God wishes for me — is knowing that I’m part of a greater story. That story is yet to be written. Though the past is unfair and the future daunting, the greater story is miraculous, and I’m in the middle of it. The power is in keeping my focus on where I’m at now.

[callout]Did you find this meditation helpful to your life? Please add your comment below, consider sharing this with your friends, and please stay in touch.[/callout]