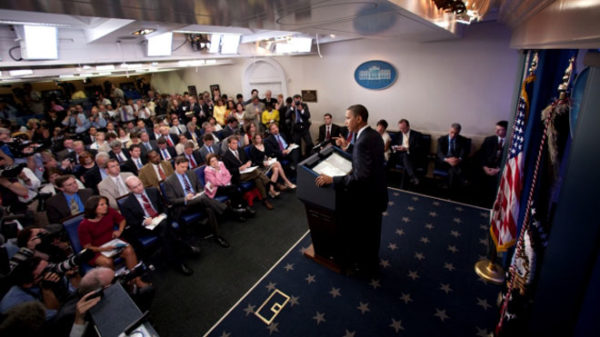 I’m fine if you’re not going to vote for my candidate. Honestly, I am. And I’m fine with an informed public voting for the other side of my conservative leanings. Casting a vote for the losing candidate does not bother me. And quite frankly, I can’t wait for the election cycle to finish. I’m looking forward to returning to normal American life.

But unlike any election of my lifetime, I’m most troubled. There’s a lot on the line, but there is one troubling reality that is really bothering me. Funny thing, it has little to do with government policy. While we have three branches of government created to take care of policy, we have a freedom of the press that is supposed to bring truthful information to you and me. It has been called the “fourth branch of government,” and arguably its the one that keeps the other three accountable.

But that isn’t happening. The traditional media is almost campaigning for the Obama Administration. Do you feel the same way? Before answering, allow me to explain.

I haven’t seen the recent movie Obama: 2016, but the subtitle shows a most convincing reality: “Love Him, Hate Him, You Don’t Know Him.” We do not know the President of the United States. Why? Because the media has not vetted him, researched him, demanded the release of information on him. It’s like they’ve been charmed by him and refuse to look into his past.

This refusal to question the integrity of the #1 leader of the free world is bothersome because it rolls into the refusal to question his policies. There are several current stories that should be the most talked about items in the news, but they go silent and ignored. The Administration’s flimsy excuses are reported as truth in the media. Consider:

With these issues haunting the incumbent president, why on earth is the Romney/Obama race even close? People are actually considering another four years of these problems? I cannot think of any other reason than they are not given the powerful tools of thinking that a functional media can give them.

Question: Who are you voting for in on November 6, and why?