When I began my organization in 2001, I spent a lot of time building up an expected business facade. I wasn’t hiding anything bad or immoral. It was just the thing to do. Organizations were built on a formula I was getting to know as a young businessman. They’re built much differently today, and I believe for the better. 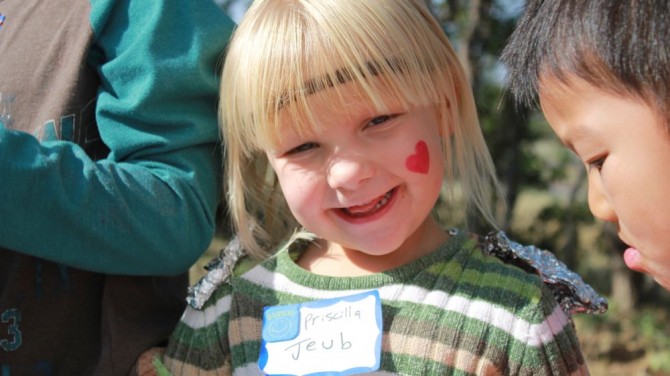 Here’s the way it was done back in the day. Someone like me who wanted to start a business would have to “fake big.” Entrepreneurs would pay state fees, hire book keepers, buy signage, open a bank account, rent office space, etc. The really savvy ones would start an LLC or incorporate and maybe hire an admin assistant to take the first layer of calls. All this before the first sale.

This was not intentional deception, mind you. This was just the way business start-ups happened. I went to business school to figure out how all this stuff was done. I spent $43,000 for an MBA. (sigh) I hired a part-time administrative assistant whom I had to let go after six months because I couldn’t afford her. I rented an office 30 minutes away from home because then I could tell people I had an office.

This wasn’t optimal. In fact, it was sort of fake. Building a platform in 2013 is much different. Let me tell you a story that brought this to light.

Not too long ago I was on the phone with a reseller talking through the value of a curriculum I sell. My 6-year-old daughter Priscilla came busting through the door of My Sweet Home Office Suite, “Time for lunch!” The mute button was not close enough. I answered, “Okay, honey, daddy will be up in a minute,” and off Priscilla went.

I was speaking with a marketing manager from an educational wholesaler, one much bigger than my little publishing company. In 2001, my daughter’s intrusion could have lost the sale, or at least would have required an apology and an embarrassing explanation. Perhaps the marketing manager would have thought to herself, “What kind of hodge-podge organization does this Jeub guy run?” There would have been a hesitancy and second-guessing of the brewing business deal. Suspicion, doubt, unprofessional…you get the idea, don’t you?

In 2013, this situation put humanity into the conversation. The marketing manager lit up, “Oh, was that your daughter?” and I chuckled a little. “Yeah, actually, this is my home office in my basement.” And the business conversation continued.

The Internet—particularly social media—has changed the game. For the better, in my opinion. Anyone with a laptop and a good idea is able to enter the marketplace and make business happen.

But building a facade that says you’re bigger than you are is not a game that can be played any longer. Come to think of it, the marketing manager I was talking with was already a friend on Facebook, we followed each other on Twitter, and she knew full-well that my office was at home in my basement. There was no faking anything: this was my life. My daughter’s intrusion actually added to the building of a business relationship that would solidify the sale, not thwart it.

Isn’t this a good thing? Today’s business community is more transparent and open and honest. No matter how big we are, we value the life of small. The build up of a corporate image is not nearly as valuable as the construction of an authentic and honest life. In fact, an attempt to coverup the small is seen as suspicious.

Yeah, sure, I had a little talk with Priscilla about how to properly enter my office and make sure Daddy wasn’t on the phone. Business needs to happen. But so does life, and a business with no life is no business I want to be a part of. I’m glad this marketing manager appreciated my reality. In fact, it led to a big sale and business relationship that is today blossoming.

I am becoming more and more a believer in small. I believe in the small business, the home office, and the personal connection with clients and customers. I’m figuring out a proper balance between the desire to grow big and an authentic understanding of my modest life. Somewhere in my little office and Internet connection, I’m building a platform, and the platform won’t grow unless I embrace the honesty and transparency that the modern business culture requires.

Stick to the simple, transparent, honest reality of family and work. It’s tough to go wrong with this. That’s “the way it’s done” in 2013.