My speech and debate club had its open house last night. About forty people showed up for information on how to get involved with what I call the “homeschool sport.” I’d like to share a perspective with you on why I think everyone should be involved in speech and debate.

Here’s one that came up when I was introducing my coaches last night: training for action. That “action” is beyond a trophy; it is action in life. Come to think of it, this is probably the most important reason I believe everyone should be involved with speech and debate.

One of my coaches is a former student of mine, Jesse Byrnes. He’s all grown up now — college senior, editor-in-chief for the school newspaper, summer reporter for the Gazette. He introduced himself, let everyone know he aspires to be a journalist, and then went on about his emphasis on Lincoln-Douglas debate and extemp.

Humble guy. I didn’t want people to get the impression that he was just a forensics coach. I piped up.

“Jesse is a fantastic example of someone taking action in life,” I explained. I then went on to share that Jesse worked for the Colorado Springs Gazette this summer and was one of the major reporters for the largest forest fire in Colorado’s history, the Black Forest Fire. He was in the middle of it all, reporting first hand on a major new event. He has had his “big scoops,” too, one during competition last year. He exposed a major contradiction concerning concealed weapons rules on his campus. He broke the story, and his reporting ended up on national news and went viral.

Jesse’s story is a good one — a novelty among most other 20 year olds — but somewhat common among speech and debate alumni. The skills learned in speech and debate prepare young people for taking on college, business and ministry with remarkable outcomes. I have a lot of great stories I could share with you. When speakers and debaters leave high school, they are trained for action.

Get Ready for the New Year

All this to say: get your resources to prepare for this year. If you’re in junior high or high school (or a parent), you need to focus on the training. Get the resources now that will make for the best competitive year possible. That’s where Monument Publishing comes in.

Monument Publishing’s summer sale ends Saturday. All our sourcebooks are marked down to a flat $30 each, and additional resources added to your order are an additional 20% off. This is a HUGE savings that you will want to take full advantage of by Saturday.

Come to think of it, Jesse Byrnes is author of the Lincoln-Douglas Debate Curriculum, part of the larger Ironman Curriculum that covers all speech and debate events. Jesse is not only shaking things up in the journalistic world; he’s doing his part in training the next generation, too.

Take time to browse MonumentPublishing.com and get your order in by Saturday. The exciting year of speech and debate — which is training for real action unlike any training you can receive — is right around the corner. 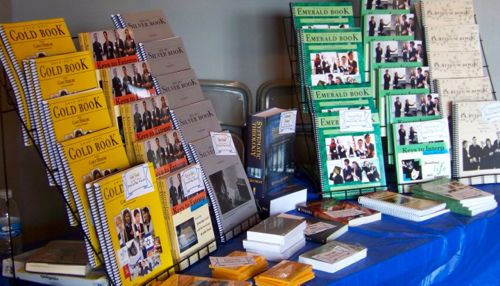