Like most homeschoolers, my world overlapped with Doug Phillips. He found a much-too-welcome home among homeschool communities across the United States. Late last year he admitted to an affair, and yesterday the story broke that gave its dastardly details. 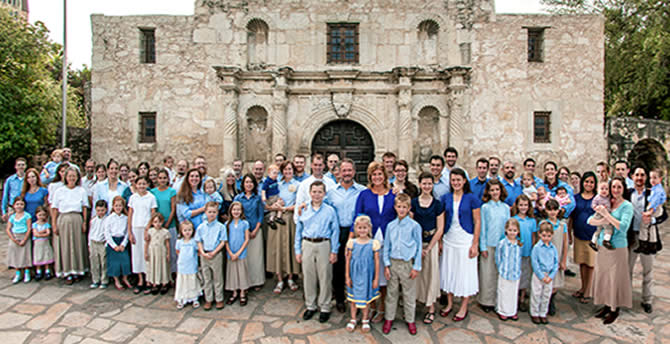 You can read the entire WND article for yourself. In a nutshell, Phillips is being sued by his former nanny, someone he knew for over a decade and was very close to the Phillips family. Her lawyers have graphic details of Phillips forcing himself sexually, and Phillips’ lawyers are denying little of it, claiming “consensual” contact between adults.

For those of us in the Christian homeschool community, this is just as bad as guilty. Phillips is a married man and father of eight children. This behavior is inexcusable.

Perhaps you’re new to this concept. Doug Phillips and his Vision Forum Ministries had a webpage “Tenets of Biblical Patriarchy” that many homeschoolers practiced to a tee. Though the page is now taken down, it is listed on Wikipedia. Biblical patriarchy have these tenets:

Surprised that homeschoolers would fall for this? Perhaps you’re defensive of some of this list. To tell you the truth, I’m not too surprised that patriarchy found a welcome home in the homeschooling movement. Homeschoolers by nature are non-conformists, and I like to think that is one of our greatest strengths. Problem is, we are sometimes found going overboard. Such is the case, at least, with patriarchy.

I have witnessed patriarchy do a lot of damage to individual families, mine included. On a broader scale, patriarchy has done much harm to the homeschool movement itself. I confess: I was seduced by some of the tenets in the list above, and I’m having to wrestle through some of these harmful ideologies that I used to ascribe to.

If you were caught up in the Doug Phillips frenzy of patriarchy and are now coming to light that a lot of it was harmful, I encourage you to consider these five problems with the patriarchy ideology:

Like any cult, Doug Phillips carried just enough truth in his ideas to be seductive. In a strange way, Phillips’ moral failing is an opportunity for home educators to re-calibrate their focus, turning away from the harmful ideology of patriarchy on toward a more wholesome perspective of faith, family and fun.

I’d like that to settle in: Doug Phillips’ fall is an opportunity to focus on that which home educators should focus.

What that focus is is debatable, I suppose, but it certainly should not include patriarchy any longer.