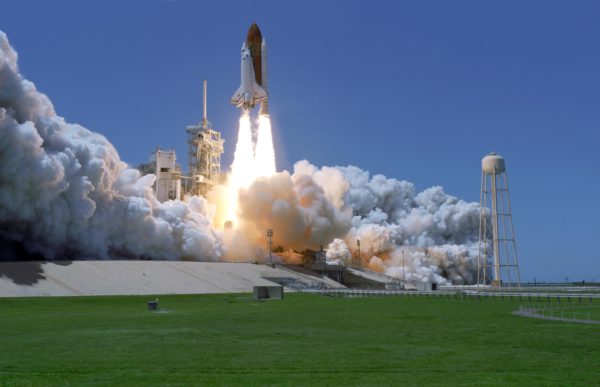 Meanwhile, the formula for successfully bringing a product or service to market isn’t too complicated. When you have the “big idea,” follow these three general steps. The example at the end probably won’t surprise you.

I often open up a Google Document and start brainstorming notes. I’ll share it with the partners involved, and they’ll comment and help me flesh out the idea. Everything is hypothetical in this stage; nothing is live. I’m free to plan as deep as I can, drilling down in every aspect of development.

Most of my big ideas fizz out in the planning step. They should. Sometimes I find out that someone else has already done it, or I don’t have the capital to invest in it, or I don’t have the time, or my family thinks it’s too crazy. There are all sorts of reasons to drop the idea. But for those that develop into plans that can and should work, it’s time to launch.

This is when you bring it to the public. You go live, your product hits the shelves, you make it happen. All your plans launch.

And don’t blink. Hesitation is meant for the planning stage. The initial launch is scary, and doubt can overwhelm you. Even when there is no reason to hesitate, the temptation to do so will be there. This feeling is not unique; it’s probably why so many great ideas never get out the door. I have to keep focused on the original plan and stick to it.

Don’t wrap yourself on the axle of perfection. No launch will every go exactly as planned. Reserve time to tweak your plans and adjust to the needs of your big idea.

Why, this website, of course. Today is its 10-day anniversary of its launch. It didn’t launch on the fly, and there is little on the site that is unplanned. Here’s the process:

These three steps can be applied to any venture you set out to do. Do you get hung up on the planning, launching or tweaking? Tell me about it. I’d like to respond.