Advertisers hoped to persuade the Super Bowl’s 111.3 million watchers. Though both companies tackled the same issue of immigration, good for Anheuser-Busch, bad for 84 Lumber. Here’s why. 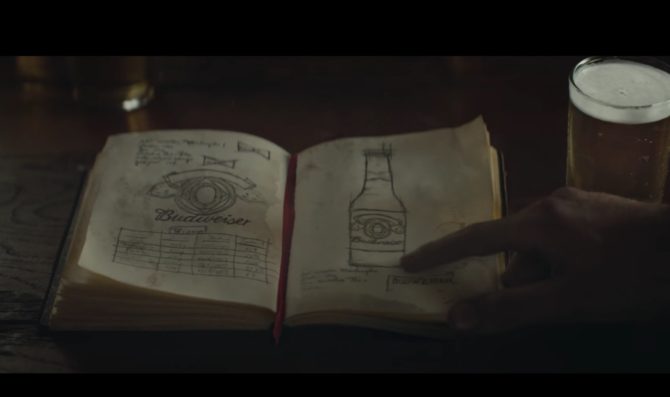 Debaters are taught to persuade the judge, and when key information or arguments are kept from the audience, they tend to get upset and penalize the debater. As they should. This was what 84 Lumber did. They told a false narrative. Anheuser-Busch, on the other hand, told a true one. Watch the Budweiser one first:

Anheuser-Busch’s ad was explained in the New York Post:

The [commercial] showed the young Busch’s journey from Hamburg to the US, where he receives a cool reception as an immigrant, then on to St, Louis. The commercial is called “Born the Hard Way,” and generated 21.7 million views through 2 p.m. Eastern time Monday.

The article explains that the Anheuser-Busch commercial was the most-viewed of all the Super Bowl commercials, taking full advantage of the $10 million dollars the company spent on its advertising. Needless to say, the commercial tapped into the controversial subject of immigration, but it was received well. I, too, saw nothing wrong with it.

84 Lumber tried to tap into the same subject, but they failed miserably. Why? Because of omitting key arguments, just like a failing debater. Take a look at their commercial:

The 84 Lumber company failed on several angles. First, the website crashed on-and-off for the first hour. Someone in tech should get fired. Second, though roughly cut, it was 1.5 minutes long, costing the company an additional $5 million. Someone in production should get fired. Third, it ended abruptly, forcing the viewer to go to their website to watch the much longer 6-minute rendition. Who in marketing still has their job?

Actually, all of these failings can be forgiven. For me, the unforgivable sin is the sin of omission. It’s like a debater purposely skipping over a qualifier in a piece of evidence just to deceive the judge. While Anheuser-Busch told a story of the forming of its company, 84 Lumber chose manipulation to create a narrative that was untrue.

What is omitted? Illegal qualification, that’s what. 84 Lumber is claiming that their ad exploring the quest of a Mexican illegal immigrant is noteworthy of a hardworking value. Ironically, the longer movie has the daughter create an American flag from scraps and ends with a giant door opening magically through the border wall.

But there is an American way to immigrate: application and assimilation. Crossing the border is breaking our laws and hardly worth encouraging. Especially for women and children crossing the dessert, as 84 Lumber shamefully romanticized. There are 37 million legal immigrants in the United States today, more than ever before, who came here through proper means, assimilated to our American culture, and are contributing to our society.

Good for Anheuser-Busch. I’m proud of the company’s heritage and appreciative of the Super Bowl’s quick historical journey. It also makes me proud to be part of a nation of immigrants.

But shame on 84 Lumber. They romanticized illegal immigration and tried to set itself up as a company that cares.