Not sure about you, but my hairs raise when someone speaks of their “spiritual gifts.” It isn’t the recognition to the gifts that bother me. It is the all-too-common requirement that I should yield to that certain someone’s authority because of the spiritual gifting. I had to sever a friendship over this. 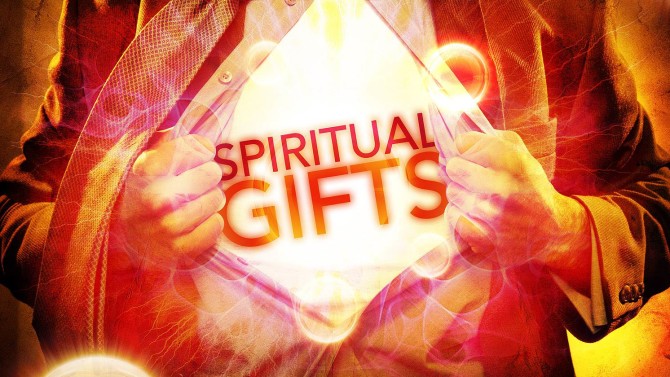 I can’t say it was a close relationship, but it could have been. It was from another dad of many children. The situation we found ourselves in is one I find myself in now and again: Our kids got into some mischief. This dad and I promised to talk it out. If you’re a parent, you’ve likely been in the same situation that I was in. I had to have an uncomfortable conversation with the father of one of my child’s friends.

Parenting can be challenging, and we need as many allies as we can gather. I’ve learned to welcome these uncomfortable conversations. We will likely compare notes, talk about how we’re going to handle our own kids, what punishment is appropriate, etc. These conversations are usually fruitful. I learn from the other parent and the feeling is mutual.

This conversation was different. This particular dad was a spiritual manipulator. The conversation lasted only a few minutes. We didn’t talk about our children, the mischief they got into, how either of us were planning to handle it. None of that mattered in our conversation.

The father said this, verbatim:

“I knew this was going to happen. I knew this friendship was doomed from the beginning. You see, I have the gift of prophecy. This is my gift. I can see things like other people can’t.”

This was one of the first things he said. My hairs raised. Spiritual manipulators get mighty confident that God has gifted them with a spiritual power that grants them the ability to assess life’s situations. This dad figured his “gift of prophesy” showed him that his kid was right and my kid was at fault.

How convenient. I bet his spiritual gifting usually cleanses his kid from any wrongdoing in much of anything.

I should have hung up on the spot, but I held on and challenged him in his claim. It got bizarre.

2. He Attacked My Gifting

When people are being absurd, it is sometimes a good tactic to take their absurdity seriously. At least for a while. Sometimes they recognize their absurdity and they move on. So, I assumed this dad had magic powers from God to prophesy about this little dilemma our kids found themselves in. This begged my question,

“I did!” he insisted. “But your child used debate skills to persuade me otherwise. I wasn’t able to stop anything because of your debating. You’ve taught your child to debate too well.”

This dad knew that I am the leading publisher of academic speakers and debaters. Even though his family was not into debate (heh, take note!), he knew that I enjoyed training kids to argue. So, his “gift of prophesy” exposed me as some sort of false prophet showing my gifting of debate as manipulative.

Now, I don’t claim debate as a spiritual gift, though it is my life work. I suppose you can credit me with a spiritual gift of discernment, but shame on me if I ever use it to manipulate someone, like this man was wielding his “gift of prophesy” on me.

I still didn’t hang up. And yes, it got worse.

3. He Granted Me Forgiveness

Up to this point, this dad never spoke of our children or the mischief they got into. He never asked me my opinion, my thoughts on the conflict, no question for any details at all. It was all offense, no inquiry. Two minutes into the conversation and I realized that I could do nothing to turn this conversation into something helpful.

So, I attempted to bring the conversation to a close, saying, “Look, I know this is difficult, and I’m glad you’re talking with your child about this. But this friendship is over, it’s done. You need to deal with your family, and I need to deal with mine.”

I suspect this manipulation works in his family. He is able to convince his wife and children that he has the spiritual gifts of prophesy and is able to guide them through difficult lessons in life. Whenever challenged, he can blame the challenger for challenging God himself, or at least his chosen one.

“You know what, Chris?” he said, his tone turning bitter. “I also have the spiritual gift of forgiveness. I forgive you for treating me this way. And tell your child that I forgive him, too.”

I merely replied, “Thank you. Goodnight.” And I hung up.

This situation was one of the strangest I have encountered. Are situations like this very rare? Do you encounter people who use spiritual manipulation in your life? Do you run in religious circles where people claim spiritual powers, attack one another for natural gifts, or grant forgiveness to one another?

I’m convinced that this isn’t all that rare.