I just returned from a speech tournament in Colorado Springs where I judged Extemporaneous Speaking. The hovering reality of “fake news,” I believe, has forever changed the event. Some are bemoaning this, but I believe the change is a good thing. 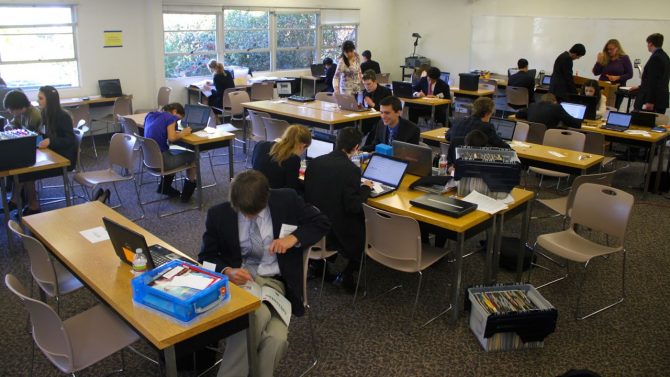 Extemporaneous Speaking (often called “extemp”) is one of the most popular speech events in NSDA, NCFCA and Stoa, the three leagues I’m most involved with. Thousands of students participate. In their schoolwork, they research the news and become masters of current events. At the tournament, they are given the choice of three news topics and allowed 30 minutes to prepare a 7-minute speech. Students are ranked among each other in competition and awards are given out.

Here’s how extemp used to be done. Extempers would fill files with articles on domestic, international and economic news. They would gather items from the biggies (Washington Post, New York Times, BBC, CNN, etc.). Generally speaking, the best extempers would keep to the trusted, mainstream news sources and answer their questions referencing them.

The result? Extempers—just like average, everyday news readers—became lazy. Filling extemp boxes was all that mattered. With electronic extemp, we have programs (like Extemp Genie and Prepd) that boast of filing tens-of-thousands of articles from “trusted” news sources. Extempers merely needed to quote as many mainstream sources as possible to answer the question for the judge. As long as you can structure a speech and speak confidently, you’d do well.

That has all changed. For good or for ill, two things changed: alternative media gained a platform and mainstream media lost credibility. This has wound up the status quo, those who lazily accepted the so-called truth of the nightly news. Rant or rave all you want—heck, the mainstream expectation is to riot—but I encourage you to do what the champion extempers are doing.

Extemp champions now need to read their articles, think through them, resist their assumptions, doubt their claims, and analyze the reporting.

This is not a bad thing. A skeptical and discerning public is a good and necessary element to a healthy citizenry. Being told what to think is only a luxury of a truth-seeking media environment. In the world of “fake news,” we need to know how to think.

How to think, as opposed to what to think. That’s an entirely different skill set, one that extemporaneous speakers and thinkers have veered from. That has changed…for the better.