It looks to be that Donald Trump will be the Republican nominee. I’m not too pleased with that, but let me be honest: I identify more with Trump supporters than I do with those who hate him. Let me explain why.

The rumbling anger of concerned citizens has been stirring for quite some time. This seems to “shock and dismay” everyone but Donald Trump. The media is trying so very hard to assassinate him in the limelight by mocking any slip up or stumble he may make in a speech, a debate, or even from interviews years old.

At the same time turning their heads from the same tactics from others. Exactly the same.

Let me narrow down to three tactics in particular. The media and the establishment are “shocked and dismayed” at three Trump-isms:

Let these three examples sink in. I could have easily added to the list. These examples should suffice it alone: if you hate Donald Trump, the chances are good that it is because what you’ve been TOLD to believe. By a media that has given a pass to their chosen ones.

Perhaps you hardly find the Presidential debates inspiring. I don’t want to get too partisan—no matter what your affiliation, I believe policy debate should be mastered by everyone—but suffice it to say “smirking, laughing and interrupting your way” through a debate is not debate.

Click that hyperlink. It isn’t who you think it is.

Personally, I was “shocked and dismayed” in 2012 when immediately following the two-hour display of “smirking, laughing and interrupting” from Joe Biden, the media fawned about how he saved the election campaign. How could anyone with the faintest understanding of candor and persuasion consider such utterly embarrassing behavior anything resembling debate?

So, for all those out there who wanted so badly to see their Joe Biden behave like a gentleman—so badly that you stuffed cotton in your ears, put scales over your eyes and refused to listen to the most embarrassing behavior in the history of Vice Presidency of the free world—drop the “shocked and dismayed” farce. Take a good, hard look in the mirror: Trump supporters overlook the exact same behavior as you did in 2012.

This makes me angry, as it makes most of us who understand debate angry. 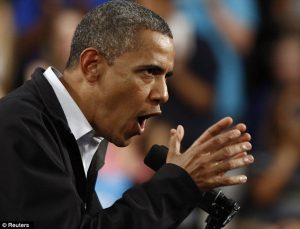 Once again, click the link. It was President Obama who said this, not Trump.

The media is “shocked and dismayed” at Trump while giving a pass to our sitting President. Trump encouraged supporters to “punch”; Obama to kill. But at the time hardly anyone in the media batted an eye. The media was quick to excuse the strong language as hyperbole and metaphor, merely referencing a movie from the 1980s.

How convenient. The rhetoric of the establishment gets a pass, but the words of its challenger is inexcusable.

This makes me angry. It should make you angry, too. Unless you’re getting lead by the nose by a “shocked and dismayed” media. 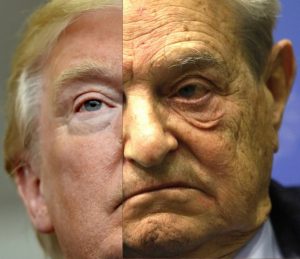 Most billionaires stick to making their billions. I’m not too impressed when they enter politics and pour their money into one ideological side. A few have exposed campaign loopholes to pour the intoxicating buckets of money into political activism, corrupt voter registration campaigns, and illegal protests.

And, once again, check those links. Trump and his money aren’t the culprit.

George Soros has been pumping his billions into political action for years. In fact, he is the instigator of the Trump rally riots that took place in California last week and Chicago last month. His political action committee Democracy Spring is, in fact, plotting the “largest civil disobedience action of the century“.

Soros is currently encouraging and financing violent riots. Trump has vowed to pay legal fees for defense. And Trump is the bully here?

The media can continue to be “shocked and dismayed” at Trump and his supporters, but they do not understand them. They are hardly trying. The media is giving a deliberate double standard to the candidates of their choice, excusing the belligerent actions of the establishment while dismissing the anger of the people.

I could go on an on. Every time the media reports “shock and dismay” over something Trump says, does or believes, ask yourself, “Did the media show the same ‘shock and dismay’ over the same in their chosen candidates?” Chances are very likely that no, they did not. They gave them a pass.

Do you now see how angering this is?

For the most part, I agree with Trump supporters. I get their anger. I suspect the more “shocked and dismayed” the establishment media becomes with them, the angrier and more successful the Trump following will grow.