I’m heading up to the mountains again for another elk hunt, this time with high powered rifles in the hands of two of my sons, Isaiah and Noah. I love these refreshing escapes from the daily grind. 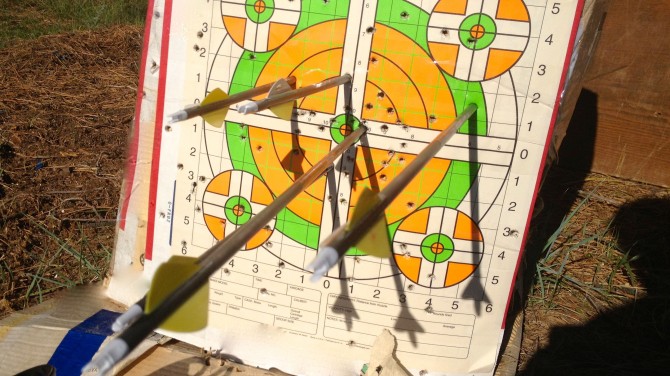 I don’t like overuses of metaphors, but I think hunting metaphors work very well. I learn so much about real life. Though I like to say I “escape” to the mountains, I always come back with a deeper vision on life and my calling. Even if you don’t hunt or don’t intend to ever hunt, I suspect you’ll find the metaphors I come up with helpful in your life journey.

Here’s what’s on my mind this morning: the idea of the “kill zone.” The animal, in my case this weekend, is the elk. It has an area in their chests of vital organs that will bring the animal down. This is the “kill zone,” and it is where hunter aims and shoots.

The hunter does not aim for the antlers, head, throat or spine.
The hunter aims for the vitals to kill the animal. The kill zone.
Shots outside the kill zone are a waste — perhaps even inhumane.

This is ever so important with both bow and rifle hunting, but it’s amplified with bow hunting. You only have one shot, most times, whereas rifle you can reload quickly and perhaps get a 2nd or 3rd attempt to kill. All preparation is to get accurate within the kill zone every time. If you aren’t prepared, you’ll end up missing. (And come home with embarrassing stories like my last one.)

Why? Because this may injure the animal. The elk will run out of range of the hunter, curl up under a tree, and die a painful death. No harvest. The field of bounty was gathered and dropped into the sea. It’s a waste, and the hunter who does this feels awful (or at least they should).

This happened to me when my 13-year-old Lydia (now 19) shot her bull. She won a national title in a speech she gave. The speech (viewable below) mentions me shooting my cow, but it doesn’t mention that I lost her. Yes, she dropped, but I penetrated high, just above the vitals. The bullet lodged in her back and the cow ran off over the hill. My hunting party and I spent four hours tracking her through the fallen oak leaves of the hills. We never did find her.

Hunters lose sleep over situations like this. We don’t like to miss, but we hate ourselves when we injure and fail to kill. There are a few metaphorical connections to real life that I’d like to make.

I never quite feel totally prepared when entering the woods, but there is a line between being prepared and unprepared. Going into the woods without your rifle cited in is foolish. I’ve seen hunters do that, and they should never take more than a 50 yard shot — perhaps none — if that’s their level of preparation. They should always spend adequate time citing in their rifle.

In life, I value education. I will sometimes clear my schedule to take the time to master an app or study a subject that I need to get down pat. This goes for problem solution, too. If something isn’t working right, get in there and figure it out. The time it takes to fix and prepare is always worth it in the end. It’ll make you much more successful when in the field.

I’ve made my share of foolish shots, but they’re getting fewer and fewer as I mature. The purpose is to make the kill, not take a shot. Don’t be a trigger happy hunter. If the elk is not broadside or you’re not sure of your target, don’t shoot. Never depend on luck. You may need to let some opportunities go, but that’s okay. There will be more opportunities. You’re in for the kill.

In business, I’ve gotten myself into things that have missed the target, failed to make the impact I had hoped. They drained resources and time (which is, truthfully, my most valuable resource) and the harvest was not gained. I must shoot only when my options are in place. Hoping I’ll get lucky is really no hope at all. It is a shot of a foolish amateur and should never be considered an option.

Another thought: the purpose isn’t to just make an impact. The purpose is to kill, to bring the beast down. In my younger days of hunting, I took shots that were amateur and foolish. In my younger years of writing, I wrote to get a rise out of people. I don’t do that anymore. It’s immature and cruel, just like injuring an animal and letting it die in the field. I write to make much more than just an impact. I write to make change. I write to transform.

It’s cool when you hit the red dot. After all, that’s where you aim, but it is never necessary to hit it. The kill zone is necessary. The kill zone is the only impact you need, or else its all for naught. Your aim will either feed your family for the year or it will waste a bullet, perhaps an entire harvest of an elk. But the bull’s eye is, well, just as stupid as bull crap. You’re not aiming for its eye, silly, you’re aiming for its heart.

(Ug. I don’t have time to chase after that metaphor. We all should be aiming for the heart!)

I’m a writer, but I don’t need to be a perfect one. Perhaps this is a secret of the Great Ones. I try to get as close to perfection as possible, but I don’t wait for perfection. I pull the trigger, go to press or push “publish,” and get on with harvesting or reloading. If I get preoccupied with missing the bull’s eye (like a grammar nazi gets, or a crabby troll), I’ll grow weary and frustrated. The opportunity will pass. So it’s okay if I’m not spot on. As long as I’m in the kill zone, the article/post/book is a success.

I learn so much when I hit the mountains to harvest elk. The metaphors light up my weekend, and I always return ready to take on the hunt of life.