Today’s a big day in my life. Stoa members have voted, and the results for new resolutions and speech rules released last night. Here is a rundown of the upcoming year of speech and debate. 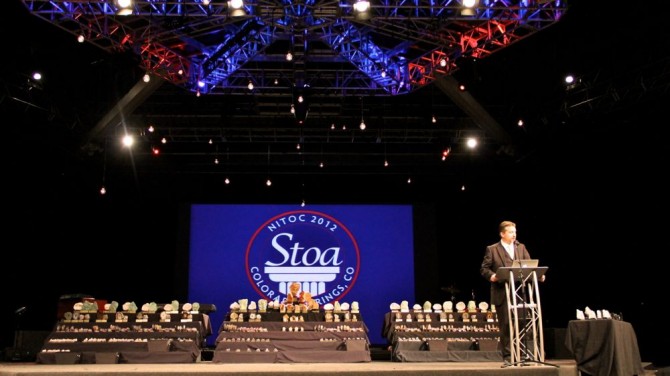 Debaters will be arguing international conflicts. The winning resolution stands:

Resolved: The United States has a moral obligation to mitigate international conflicts.

I’ve got a lot going with LD debate. First, our Red Book will release this summer, edited by 2012 champion LD debater Jon Bateman and his crew of champion writers. Second, I have two training minds camps set to launch. And third, for the first time for Training Minds, we’re launching an advanced LD camp. See Training Minds Events for more info.

Debaters will be arguing international conflicts. The winning resolution stands:

My friend and business partner Vance Trefethen—one of the best coaches in the world, in my opinion—wants to bring back a case he ran in high school with his old debate partner Rob Parks. “Rob and I are going to try to bring back our old 1980 debate case for Unilateral US Deep Seabed Mining,” he told me when the voting started. “Maybe we can even re-use that old card that says we’re going to completely run out of copper by the year 2000.”

Vance lives in France, but he will be flying to the states to run both our Training Minds Camps in San Diego and Virginia Beach in July/August. He writes the briefs in Blue Book (the sourcebook for team-policy debaters) and I write the educational material that introduces new debaters to the topic. Likewise, see Training Minds Events for more information.

I personally went back and forth on this issue, and the voting went largely even-steven. The proposed change for impromptu (that it would become a “break out” event at NITOC and that Mars Hill would become the quasi-impromptu regular event) was voted into next year’s rules.

At first I was hesitant. Impromptu is currently by far the most participated event. There are always 3-4 times the number of competitors in impromptu than the next-most-attended event at any tournament. This created many problems, two of which were a concern to me. First, it watered down the event. Second, it made it very difficult for tournaments to find facilities to accommodate.

The idea of “break out” events at NITOC is new to the homeschool community, but the National Forensic League (the public school league) has been doing this for years. They call it “consolation” events at the week-long national tournament. Rather than twiddling thumbs when competitors get knocked out of competition, these speakers and debaters can enter the “consolation” or “break out” event and hopefully bring home an award.

Wild card events—the special events intended to run for only a year—changed up a bit. Members voted to keep a wild card for two years, then switch out a second wild card every year. So, there will always be two wild cards, but each wild card will last two years instead of one. I think this will work well. Storytelling is last year’s wild card that will stick around for another year.

The new one: Broadcasting. Students get to “play radio.” What kid didn’t do this at a young age? Competitors will be given a selection of news articles or product information (this is a limited-preparation event) and deliver a speech.

The NFL has a similar event, and tournaments are sometimes set up to have judges not see the competitors. A curtain is set up so that competitors are totally vocal. It isn’t clear in the Stoa announcement if this will be the case, but it sure would make it a unique wild card if it was set up this way. We’ll see. This would be the only event totally centered on voice rather than voice + visual appearance.

About half of my votes agreed with everyone else, the other half went to the wayside. Oh well, that’s how democracy works. But all in all, these changes are exciting. I’m looking forward to a great year of speaking and debating.

Stoa speakers, debaters and coaches…what do you think?

Here are some handy links for more info: