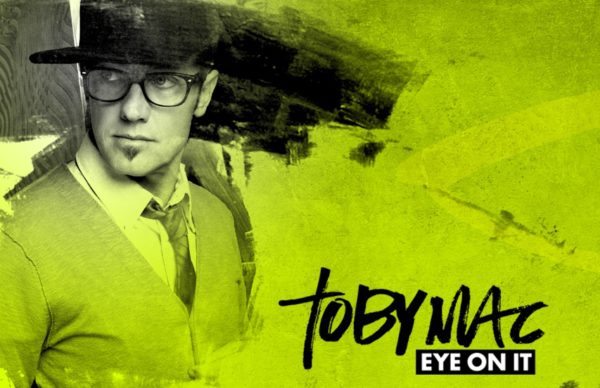 I’m a fan of “tobyMac” – Toby McKeehan. He debuted as #1 on the billboard charts two weeks ago. This arguably makes him the bestselling Christian music artist in history. I’m proud to say that I was one of 16 million people who ordered Eye on It before it hit the shelves.

I had the opportunity to meet tobyMac about eight years ago when I interviewed him for an article about his venture into fatherhood. In our conversation (about an hour), I discovered that Mr. McKeehan was very much a businessman. There were two other “rock stars becoming fathers” that were interviewed, but Toby was the only one that was much more than a musician.

He was the mastermind of DC Talk. He was a record label owner. He not only created music, he created the business around the music he produced. I so identified with his entrepreneurial enthusiasm. I hadn’t ventured out on my own at the time, but I had my eye to the keyhole, calculating very carefully when to let go of the steady paycheck to fully embrace that which I loved.

Something struck me in an interview he did for Billboard Magazine (see it below). He probably was answering the question, “What makes you so successful?” His answer:

If you write songs that connect with peoples’ lives, they’ll stick with you. -tobyMac [Tweet This]

Think about that bit of advice. Apply it to your business venture. It is true with anything you do. I don’t write songs, but I write books, I blog, I put together educational materials. I also run debate camps and coach kids for competition. That’s what I do, and I have a strong following that “stick with me” year in and year out. Why? Because I write and teach to connect what I do with my students’ lives.

And another thing. I, too, have created the business around my “music.” I created a publishing company and an educational nonprofit. Instead of soliciting already-existing publishing houses or organizations, I created them myself. It’s the way I did – and still do – business. It’s the best way to do it, in my opinion.

What kind of business do you do? Does it connect with peoples’ lives? That’s where it needs to rest, with people and the connection you have with them. This may just be the secret to tobyMac’s incredible success.