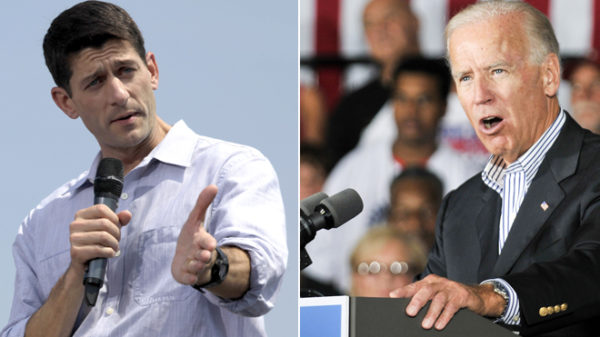 My former classmate Paul Ryan has a tough act to follow. His running-mate Mitt Romney gave likely the best debate performance in the history of presidential debates. Romney has pulled ahead in most polls – far past the margin of error – and even some of the most loyal Obama supporters in the mainstream media have admitted to defeat.

Tonight could change things. At least democrats hope (VPs have never changed the course of the election). Do you think Biden will pull through? Or perhaps Ryan fail considerably? I have a prediction on what is going to happen tonight, and an invitation to follow along with me.

First, the prediction. The cards are apparently stacked against Paul Ryan…

All these contrasts have given Democrats hope that Romney’s gains will be lost with Joe to the rescue.

Now, you know that I’m a debate coach, and I train national competitors to excellence. I could get all wrapped up in who’s more polished or more experienced. That get’s chalked up to Biden. Even so,

Why? Because Paul Ryan has substance. He’s got a failing economy, a volatile Middle East, a skyrocketed national debt, 40+ months of unacceptable unemployment rates, and so much more significant ammo against the status quo. Ryan is the challenger, Biden is the defender, and few people (even the almighty O himself) can defend such a difficult status quo.

Biden was holding different cards in 2008. He had the tremendous advantage of attacking Bush’s unpopular foreign and domestic policy. Palin didn’t have much of a defense, not because she wasn’t a good communicator or good debater, but because she needed to prop up John McCain who was just as week as Bush – arguably worse. Biden had a good argument, Palin didn’t. Watch this video and you’ll see what I mean.

Today, Romney/Ryan are holding all the cards. At most Obama/Biden can bluff and blow smoke. Romney/Ryan have four years to attack – and those four years have been utter failure in domestic and foreign policy. Obama gave his best last week: blame the previous administration.

Furthermore, Ryan isn’t a VP that is forced to hold up a squiggly running mate. Ryan’s politics line up with Romney’s, and he’s most enthusiastic about propping Mitt up as the next President of the United States. If anything, Joe is in the tough spot of having to defend Obama’s policies of the past four years. Like I said, that’s a tough defense.

So I’m getting ready for a good show. It’ll be fun to see my old friend continue to promote the conservative agenda throughout the debate. Joe won’t have much to stand on, and I think he’ll lose because of it. I’ll be hashtagging #debates on Twitter, so follow along with me.

Here’s the former speech advisor to Bill Clinton agreeing with me. “Paul Ryan will cut him [Joe Biden] to pieces.” That’s putting it lightly.