My daughter Alissa is turning 29 on March 29–her golden birthday! I’d say she lives a wonderful but strong-willed life, perhaps like one of your children. I used to think a strong will should be discouraged, but my parenting journey has brought me full circle. The story started 25 years ago. 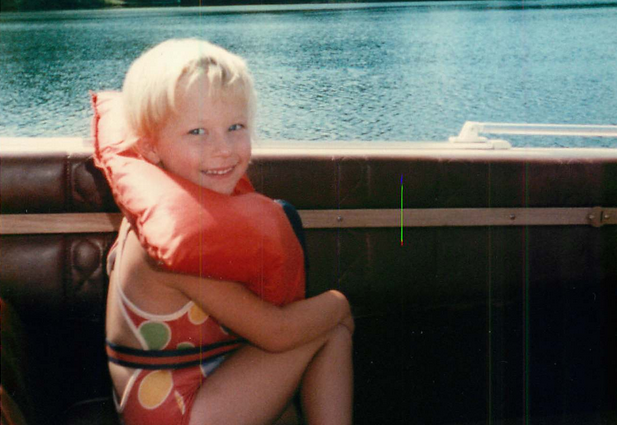 That’s when I came into Alissa’s life: when she was four. You may already know–we don’t keep it private and are not ashamed of it–my wife, Wendy, was a teenage mom. The two of us met when she was raising her six- and four-year-old children, Alissa being the younger of the two.

To this day Alissa is our strongest willed child. We have 16 children, so that’s saying something. She can be so, so stubborn. This bothered us when we were young parents, thinking something was wrong with her. But to this day her strong will  is her greatest strength.

If you have a strong-willed child, this news may leave you hopeless. They push their boundaries, are determined to prove you wrong, and insist on that which you keep from them–even for their own good. Every parenting tip on the planet seems to make the case that parents should discourage the strong will, but 25 years later, I’m reconsidering.

Alissa eventually won. Her strong will has been our family’s blessing, and I would have been all the wiser if I would have encouraged it.

Let me tell you a few things about Alissa. And think of your strong willed child. You may reconsider the parenting advice you, too, received about strong-willed children.

When we were first married, I attended school full time while Wendy worked. Alissa was convinced she could walk to daycare ten miles away. We refused her request, and we very nearly had to lock her in our apartment to keep her from trying.

She was so angry with us for not letting her at least try.

Do you have a child like this? Nevermind the heavy traffic, Minnesota weather, or the fact that she was five, Alissa convinced herself that she could do it. All the explaining in the world couldn’t convince her otherwise. The only thing standing in her way was our stubbornness.

Our stubbornness.
Fast forward 25 years.
Alissa’s strong will has given her quite a wonderful life.

Today, though there are 18 Coloradan Jeubs, Alissa beats us all in taking full advantage of this beautiful state. She has climbed more fourteeners than any of us. After high school and massage therapy school, she got a job in Vail, spending her hard-earned money to ski the world famous mountains as much as possible. The summers were spent leading people down rivers as a white water rafting guide. What adventure!

Alissa also beats every Jeub we know in seeing the world, even compared to our ancestors who migrated from Germany a century ago. Her first car was an Audi, straight out of high school, and she literally beat it into the ground traveling all over the country visiting friends and family.

That wasn’t enough! She moved to Melbourne, Australia, seven years ago.

Just as she did in America, she worked and became certified in something–this time in culinary arts as a chef–and she blew her money on traveling. Melbourne is a multicultural epicenter of sorts, and she became friends with several foreigners. One trip was to Sri Lanka to spend time with one of her friend’s family.

From a distance through Skype and Voxer and other technological blessings, Alissa began dropping hints of a special friend, Assad. Two years ago, Alissa surprised the family with her announcement of her engagement to this mystery man. She gave us two months notice. The trouble was that the wedding was in Turkey, and there was no way any Jeub could make it. Trust me, we all tried! Passports, time, finances, flights — there were too many roadblocks in the way to make it happen.

If I have any regret in life it is that I wished I was present for my first daughter’s wedding.

Alissa never had a steady boyfriend, and I used to write this off as noncommittal, sort of the same disdain for a strong will. That wasn’t fair of me. She was holding out for a healthy relationship.

Though our communication has been limited, I have very much enjoyed connecting with Assad. He is a Syrian merchant who owns a shop of Arab cloths and scarves in Melbourne. His family were well-off citizens of Syria before its civil war.

Most of Assad’s family are Syrian refugees in Turkey waiting for the end of the bloodshed.

I’m not sure if you have kept up with the Syrian Civil War, but it is perhaps the most bloody and devastating place on the planet at the moment–arguably for the past several years. ISIS rules the northern territories, and they’re not just killing Christians. They’re killing anyone who shows a hint of sympathy to anyone other than their own twisted ideas. Assad’s sister resides in Damascus, and the two attempt to stay in contact with one another.

The viciousness of the civil war makes every day a painful worry.

I have gotten to know two things about Assad that I very much appreciate. First, he is crazy in love with my daughter. There is no doubt about it, and it shows in his investment he makes for her. The year before he proposed, Assad helped fly her back to America to “make things right with family.” Alissa got to tell us all about Assad (he didn’t travel with her) as we celebrated a family reunion at my sister’s resort in Minnesota.

This leads to the second thing I respect about Assad: his respect for family. His deep longing for peace in Syria, his concern for his sister in Damascus, his honoring his parents in Turkey–and many more evidences–show a respect for family that I love.

There is no doubt that Alissa’s strong will made certain a good man would come into her life. No one else made the cut till Assad came along. What a blessing.

Wendy and I love family, too. We don’t have a perfect family, and Wendy and I wish we did many things differently with Alissa. Let me get on my “what I wished we knew back then” soapbox and make some parenting admissions.

Remember how we reacted when she wanted to walk to daycare? I’d like to think that–if we were more mature at the time–we would have encouraged her strong will, or at least played along with it more. We were somewhat threatened by her insistence, we didn’t see the healthy determination that would make her the strong person that she is now.

Today, 25 years later, I guess you can say I’m ashamed of the the fact that I made her strong will a shameful thing.

If I could rewind time, I would have reacted differently. I would have made a picnic out of Alissa’s insistence that she could walk 10 miles to daycare. I would have tried to walk to daycare with her, then allowed her to give up when her little legs got the best of her. Who knows, maybe she would have surprised the family after all and made it all the way. I think, at twenty-nine years old, she still believes she could have made it. Still so stubborn!

Today, Alissa’s insistence on love has been a true blessing for our family. She won’t submit to family turmoil others may try to push on her. She is relentless about love, never betraying a confidence, and stubborn about it. I’ve learned long ago not to try to manipulate her or get her to do something she doesn’t want to do.

In retrospect, her strong will was a gift I should have cultivated more than resisted.

Does this help you? I hope it does, because the world would be a better place with more strong-willed people like Alissa.