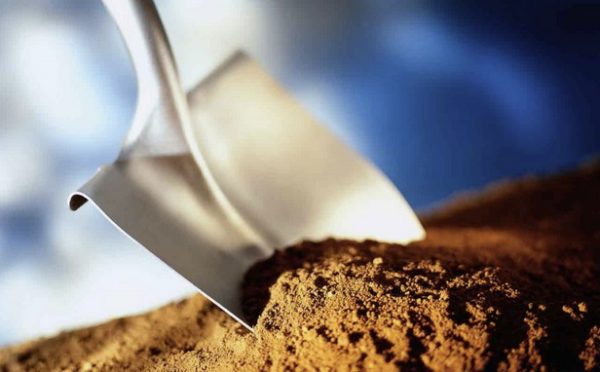 Last night’s debate was awesome. The pundits are declaring Romney the clear winner. We’ll see how the momentum carries in the polls for Romney. For now, allow me to return to wrap up another debate, the one started earlier this week with my pro-union friend, Margie.

Margie’s pro-union, I’m pro-business. I don’t mind if you don’t agree with me, that’s just fine. What I love about debate is that we are able to flesh out the issue at hand and get to the truth of the matter. Debaters are trained to cut through campaign slogans and propaganda and take an honest look at what the truth is. In the end, debates bring people to more informed, rational decisions.

As much as I disagree with Margie, she’s right on this one point: her reason given is a reason to vote for one of the two men. But Mitt Romney is the man. Here’s why.

The Pendulum Has Swung Way too Far

This video was released on Thursday when I was studying what the heck Davis-Bacon was. Undercover journalist James O’Keefe exposed union leaders actually supporting taxpayer-supported projects that did one thing: dig holes and fill them back in. You know, “shovel ready jobs.” You can imagine, unions hate James O’Keefe, perhaps as much as they hate Mitt Romney.

And this isn’t just in New Jersey. Here’s a video that went viral – again on Thursday, when I was looking up Margie’s claims about how the unions were for the working man – that showed the unions paying people $11 to protest a Romney rally. Unions paying people to protest a political candidate. Doesn’t this bother you, Margie? I wonder if such work was considered “shovel ready”?

And keeping Davis-Bacon is helping keep union leaders in control? Margie, no business owner should support such lunacy. Get rid of Davis-Bacon, empower local businesses to expand their workforce, and let’s help get this economy rolling again.

You’ve read Margie’s lines, and now you read my response. I’m not buying it, and neither should you. Vote Mitt Romney and perhaps this ridiculous racist 80-year-law will be repealed and real jobs will be created.

Here’s the concluding thought I had with Margie: 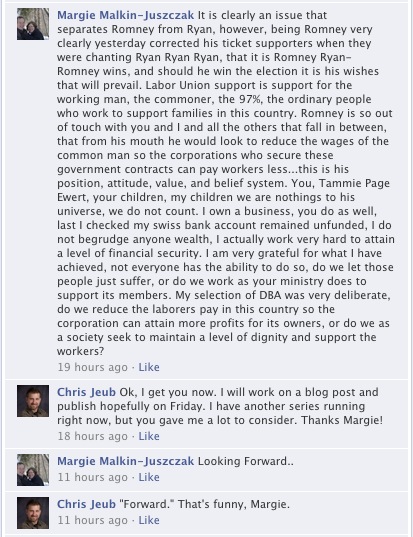 Thank you for participating, Margie. You were a good sport. Send me your mailing address; I’d love to give you a free Jeub Family resource. Take your pick and I’ll send it your way.

Question: How did you think the debates went last night?