I talked with a friend about Google Cloud. He refused to be dependent on Google, that I should fear Google’s dominance, and that my privacy was compromised every time I save my data with Google. 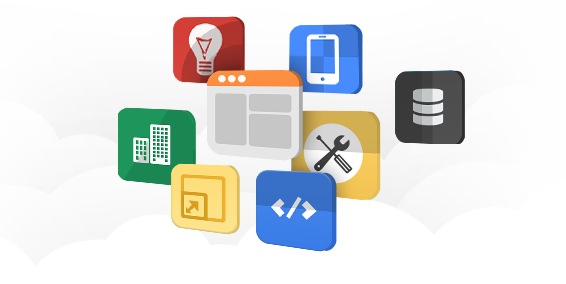 In other words, “I want my stuff on my computer, with my software, with my harddrives, thank you very much.”

I have to admit. These thoughts crossed my mind when I bought the kids their Chromebook for Christmas. See “My Initial Thoughts After Two Weeks of Tinkering With Chromebook” article. I’ve wrestled with the apparent compromises, but I’m landing on the side of Google. Here’s how I’ve reasoned through the compromises of the Google Cloud…

1. I want my stuff on my computer.

Yes, me too, at least in the old days. Not having something on your computer meant it was tangibly lost. I had to have it stored on a CD or harddrive or personal server. Having it off my computer was risky.

But as long as I have an Internet connection, I have access to all my files. In fact, having data on my computer is now a liability. What if something happens to my computer? I just get a new one, and at $200 a pop, I’m not too worked up about it.

What software? Microsoft Word is confusing and nearly takes a degree to fully master. Excel is built for immense algorithms and way more than I need for simple spreadsheeting. Adobe is way overpriced. Google apps are free.

This isn’t to say that Google apps are perfect. There is still a lot of development to go, and I’ll probably resort to a handful of programs for my deeper-level projects. But for the day-to-day stuff, there’s no reason to fear the Cloud.

3. I want my harddrives.

This is a false sense of security: having your harddrive on the shelf of your home. “Nothing will happen to it,” you reason.

Then your kid knocks it over. Or a power surge blows it. Or your house burns down. Or it just plain old breaks. What then?

Well, you hope you backed it up. Onto another drive that you kid knocks over, a power surge blows, or it just plain old breaks.

If you respond, “That’s why I back it up with Lifelock” or some other online service. That’s the cloud: servers somewhere that are owned and operated by Lifelock of which you have access through the Internet. Google is the same. The Google Cloud contains the best servers in the world, that’s all.

What you’re avoiding is the idea of “backup,” which is, in my opinion, old thinking. You’re not backing up anything onto other servers. You’re actually working within the servers.

I’m running out of reasons to stick with traditional computing over the Cloud. Any dissenters? I’d love to hear from you.