People with a passion used to rise up through the channels of the organization. That made sense: in a corporation, small business, or nonprofit – it didn’t matter – the ones with real heart and enthusiasm would be rewarded. But it wasn’t all roses and peddles: these same people used to have to fight for the top. They would get blasted by their peers on the way. That doesn’t seem to work anymore, and I think I figured out why. 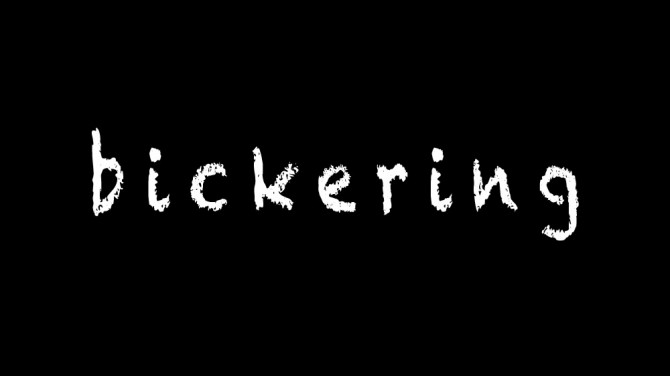 I used to think this was simply human jealousy. In a way, it is. The grumblers below bicker about the bosses above. They envy their gumption, sort of wishing they had it themselves. “They’re just self-centered, in it for themselves,” the bickering goes. I’ve always considered this bickering “stinking thinking.”

You know, I find myself at the top often. I’m a go-getter. I have passion about particular things, and when I dive in, I move up the chain of command quickly. Call me a dynamo; I take it as a complement. Some will bicker about me, I get that, but they are a bickering few. You know what? It isn’t me their grumbling about. It’s themselves. They aren’t in it for themselves, and they have nothing to contribute but criticism.

Do you identify?
Perhaps you’re criticized by your working peers,
especially when you’re at your best.

I believe things are changing, and it has something to do with the natural reward in doing what you love. When you are in it for yourself, you are encouraged to be transparent, be yourself, and give it all you’ve got. Doing what you love is more important than your loyalty to the boss. It makes perfect sense to build your own business, start your own blog, be who you were meant to be.

There isn’t a gatekeeper anymore, either. There’s not a big boss in the high-rise with the turnkey switch to who gets a microphone and who doesn’t. That used to be an issue, and sometimes you’d have to be a belligerent, self-centered jerk to claw your way to the top. Think cocky rock stars (or at least their managers) of the 80s. The decent musicians were turned off by the business atmosphere.

Today, though, everything is exposed. If your stardom leads to you flipping out at a poor stewardess on a plane, someone records it and posts it on YouTube. You’re also expected to be Tweeting, FBing, etc., so when you barf your political views, people take notice. Just as important is giving a customer a refund they really don’t deserve, expecting nothing in return, and having the transaction end up on your store blog that makes you look like a saint.

This makes sense, doesn’t it?
The competitive world is settling where it ought to be.
It’s not a fight to the top, it’s a dance, because today’s world encourages the best of us.

There are still people who don’t get this. They run the danger of working themselves into ulcers, angry when bright people make a way for themselves, self-publish a bestseller, raise a million bucks in a nonprofit idea that goes viral. Why? Because people with passion and love and enthusiasm are being rewarded today. They’re able to break free from the dysfunctional corporation and build their platforms that bring their audience joy. The bickering isn’t rewarded much anymore, and this reality – a most beautiful and wholesome and prosperous community – has only upset the trolls.

And the dancers dance, and the singers sing, and the writers write. The trolls wish they could appeal to the guy at the top and have a confidential meeting about how insubordinate so-and-so is. That bickering doesn’t work anymore.