I usually root for the underdog when I care so little for either. I have no dog in the fight this year. But this time I hope the Patriots take their 5th Lombardi Trophy. I want to see Tom Brady overcome public shame. 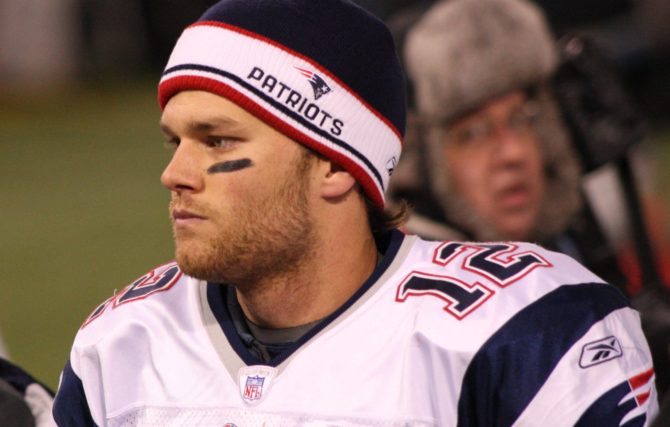 Perhaps you have no idea what it’s like to be publicly shamed. I hope you never do. While it used to be considered a form of punishment hundreds of years old, it has made quite a comeback in today’s social media world. Sparked by an online accusation or situation—sometimes perfectly innocent and sometimes guilty as sin—it whips up a mob who comes at you with vile hate with intent to ruin.

A year ago I read a particularly good read on this subject: So You’ve Been Publicly Shamed by Jon Ronson. The book explains public shaming, something that used to be reserved to supermarket tabloids, but now the tabloid of social media helps exemplify and spread the gossip. Whether based on truth or not, public shaming comes at people like a wave of drone strikes, sometimes ruining people’s lives and reputations. It is overwhelming to those of us who have experienced it.

Two years ago, allegations of manipulation and abuse came my way online. I’m leading publisher of debate curriculum plus the father of a large family, so I suppose I’m an easy target. I hope to come out and share the story someday, but, for now, it needs to remain private. My shaming involves people I love and care about, much of the reconciliation and healing taking place over time. I would love to let you in on my particular story, but the timing is not yet right.

It’s more common that you think. Many people have come to me and shared me their stories. I suppose they know I’d identify. A relative shares an embarrassing Facebook post, a so-called friend shares a compromising photo of you, a group at school bullies you on your wall, etc. Perhaps you have been complicit in the smearing of others. In fact, I bet you have, because it is much easier to go with the flow than it is to resist it.

“As soon as the victim steps out of the pact by refusing to feel ashamed, the whole thing crumbles,” Ronson argues. I see Tom Brady doing this, and I hope he succeeds.

If I was a leader in the NFL, I would hold Tom Brady accountable for cheating. There is no excuse for “deflategate.” I have often held debaters accountable for fabricating evidence or cheating in a debate round. Debaters have been stripped of titles, advancement in tournaments, ballots have been turned under my administrative approval. The game of football, debate, or any game at all demands fairness, and consequences should be enforced for those who want to tilt the scales unfairly.

But we don’t publicly shame cheaters. Even though, I suppose, we could. I have some juicy stories over my 20 years of coaching. I’ve attended and even run the largest tournaments in the country, and adjudications can get gamey. So much is on the line in any champion sport, it’s no wonder that the evilest comes out of people. Sometimes I think the little snots who fabricate to win should be publicly shamed.

But that’s archaic. It’s wrong. And if I participate in any shaming, the shame would be turned on me, as it should.

Same for the best quarterback in history. Tom Brady deserves to overcome the shaming that we, the public, have given him. I admire his boldness to overcome the boos and the hatred. I want him to win today, because he will show the world that he will not be subject to their cruel and inhumane judgment.

“We know that people are complicated and have a mixture of flaws and talents and sins, so why do we pretend that we don’t?” —Jon Ronson